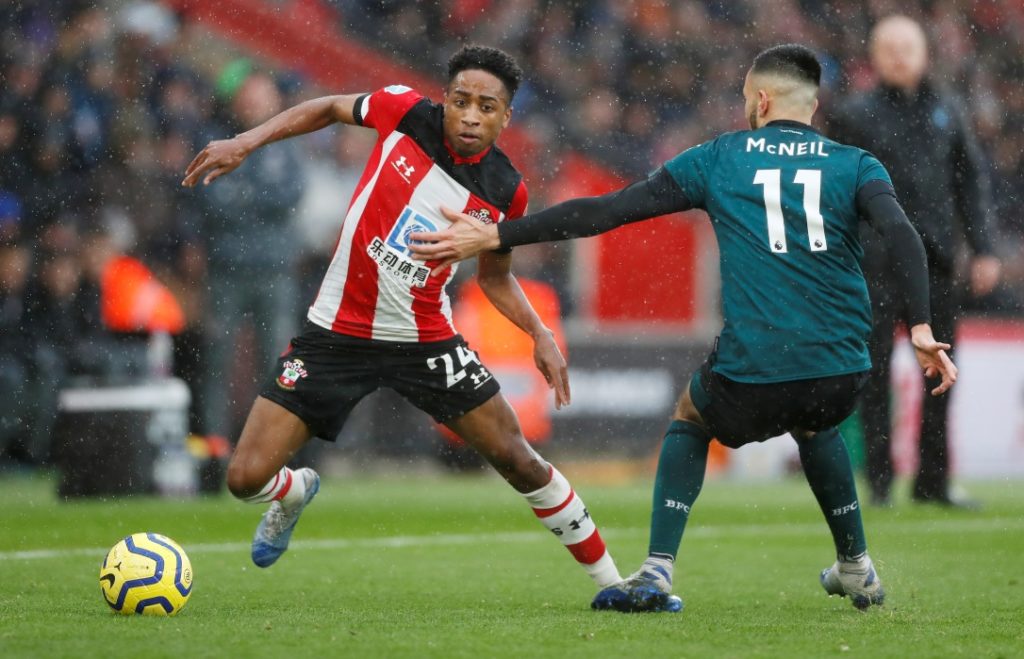 Kyle Walker-Peters has been ruled out of Southampton's home Premier League clash with Aston Villa on Saturday due to a calf injury.

The Tottenham loanee will miss the encounter on the south coast, with Yan Valery likely to start at full-back instead.

Nathan Redmond remains sidelined with a muscular injury, while Sofiane Boufal misses out due to his heel complaint.

Villa will be boosted by the return of Tyrone Mings. The defender missed the home defeat to Tottenham with tonsillitis but resumed on Wednesday and he is expected to be restored to the starting line up by boss Dean Smith.

Dean Smith: “@OfficialTM_3 was back in training on Wednesday. He’s a big player for us and he has the qualities to be a real leader.” 👊#AVFC pic.twitter.com/57Fi4BxMaE

Smith’s side remain in real danger of going down this season – they are just one place and one point above the bottom three going into this weekend’s games – and they face a Saints side who are 12th, seven points clear of trouble.

Boss Ralph Hasenhuttl has said in the build-up to the game that his side’s poor home form means the players feel the pressure more at St Mary’s.

Southampton have the worst home record in the top flight, losing eight times and winning just three in front of their home fans, and Smith hopes to use that to Villa’s advantage this weekend.

Smith said in his pre-match press conference: “Their head coach has said that it’s tough to play at home because there is pressure on them. We have to concentrate on ourselves and put that pressure on to Southampton and their supporters.

“If we play to the capabilities that have got, we are a match for anyone.”

Keeping Danny Ings quiet could be difficult for the visitors as the striker has scored 15 Premier League goals this season and looks back to his best.

Smith hopes his defence can cope with the former Burnley and Liverpool man, as he added: “The quality of his [Danny Ings] finishing has been outstanding.

“If our defenders play well, we keep him quiet, they are all capable but they have to concentrate and focus for 90 minutes.”