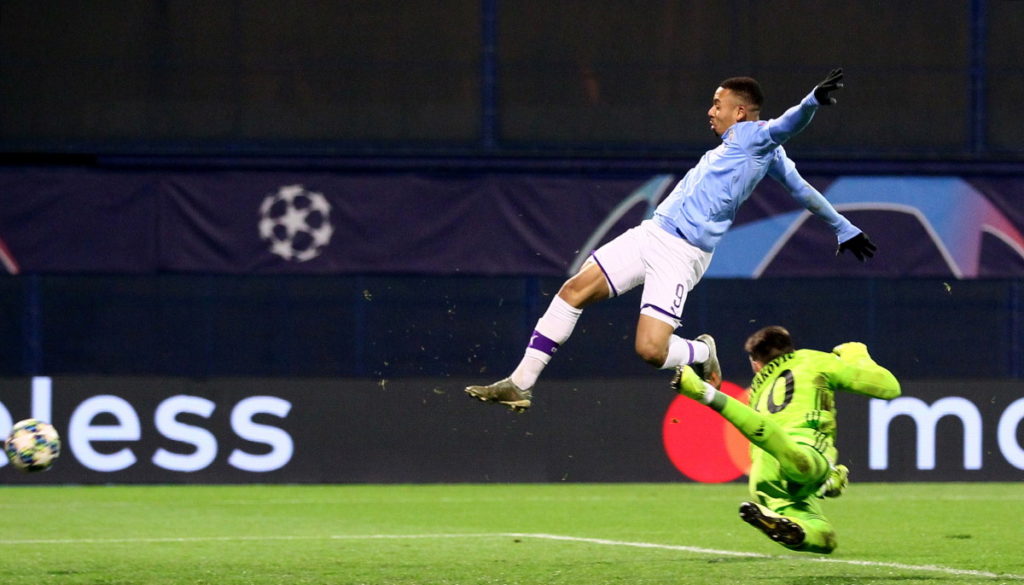 Juventus spies were in attendance to watch striker Gabriel Jesus in action against West Ham United on Wednesday night, according to reports in Italy.

The Manchester City and Brazil striker failed to get on the scoresheet as Pep Guardiola’s team strolled to a comfortable 2-0 win over the relegation battling Irons.

Despite seeing him spurn a couple of gilt-edged chances during the opening minutes, the Italian giants are impressed with the Brazilian forward’s consistent output this term.

Jesus has managed 16 goals in 34 appearances as back up to first-choice striker Sergio Aguero, suggesting the former Palmeiras starlet will only keep improving as he matures.

It’s understood Juve have identified the 22-year-old as a possible summer target, with all the current uncertainty surrounding the Etihad Stadium.

The Citizens have appealed UEFA’s recent decision to ban the club from participating in the Champions League for the next two seasons, alleging breaches of Financial Fair Play rules.

Ferran Soriano, City’s chief executive, has stated the club are hopeful the Court of Arbitration for Sport will overturn the ruling before the start of the summer.

Juventus, however, are keeping close tabs on Jesus and know City value the talented South American in the £100million bracket, which is a little too expensive for their liking.

Should City’s exclusion from European competition be upheld, though, the Italian giants are convinced their Manchester counterparts may have little option but to listen to low offers for some of their best players.

Jesus has three years left on his deal and knows Aguero is still set to be the main man next season, with the club’s all-time record goalscorer contracted until the summer of 2021.

Juventus are said to feel they can offer Jesus more regular opportunities to shine and City’s refusal to sell could alter markedly in the months ahead.

Jesus, who was signed for £28million in 2016, will be hoping to get another start this Saturday against Leicester City at the King Power, with Guardiola’s men looking to extend the current four-point gap over the third-placed Foxes.