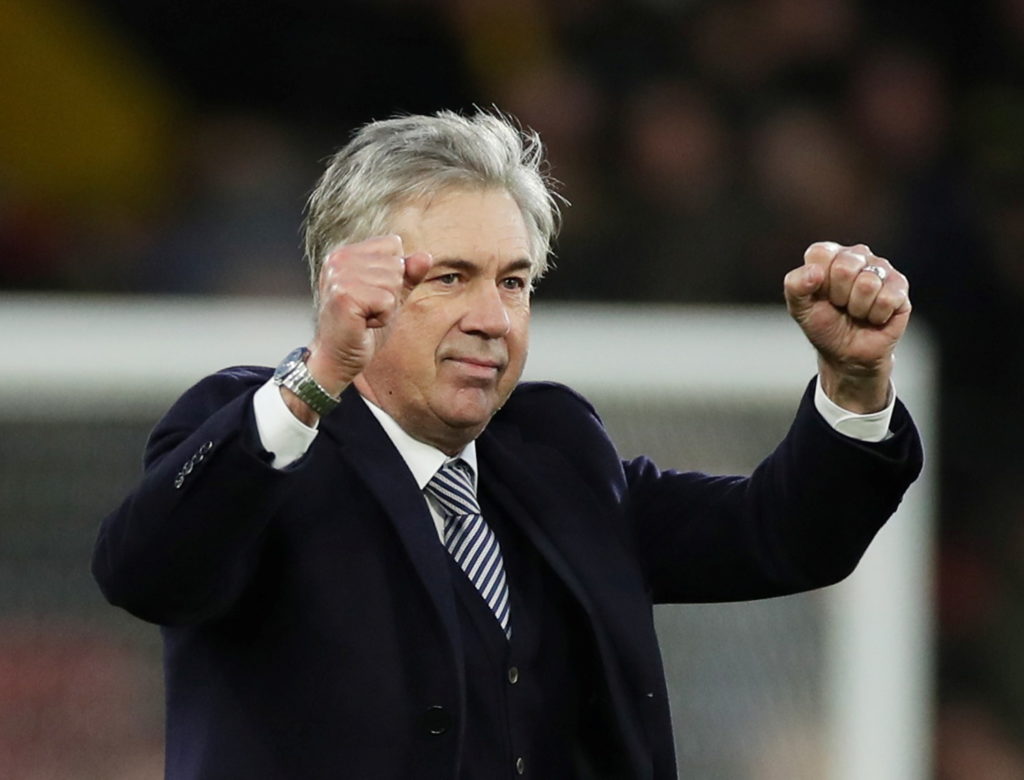 Everton will look to make it back-to-back home victories over Manchester United when they meet in the Premier League on Sunday.

Carlo Ancelotti’s impact at Everton has been irrefutable but Sunday’s loss to Arsenal was a big blow to their European hopes.

The 3-2 defeat in north London was only the second time Everton have suffered defeat in the league since Ancelotti’s appointment on December 21.

Everton have been transformed from relegation candidates to European hopefuls with the three-time Champions League winning manager on board.

The Merseyside outfit are unbeaten at six at Goodison Park, winning three of the last four, and will hope home comfort can see them through against the Red Devils.

Lucas Digne’s availability is still unclear after his missed the loss to Arsenal with a muscle strain and Ancelotti says they will continue to monitor his recovery.

Andre Gomes made his first appearance since November 3 from the bench against the Gunners and could earn a place in the starting XI, while Theo Walcott is back in contention.

United made easy work of Club Brugge in the Europa League on Thursday, winning 5-0 at Old Trafford, to book their place in the last 16.

Focus returns to the Premier League this weekend with Ole Gunnar Solskjaer hoping to edge closer to a top-four spot.

The Red Devils have certainly improved over recent weeks, keeping three successive clean sheets, and they are only three points shy of fourth-placed Chelsea.

Anthony Martial is a doubt due to a muscle problem so Odion Ighalo, who scored his first goal for the club on Thursday, could earn his first league start since joining on loan in January.

Mason Greenwood is also a consideration to lead the line after being rested against Brugge, while David de Gea is expected to be handed a recall.

One of our own ❤️

Everton have won four of their last seven league home matches against United and ran out 4-0 winners in this fixture last term.