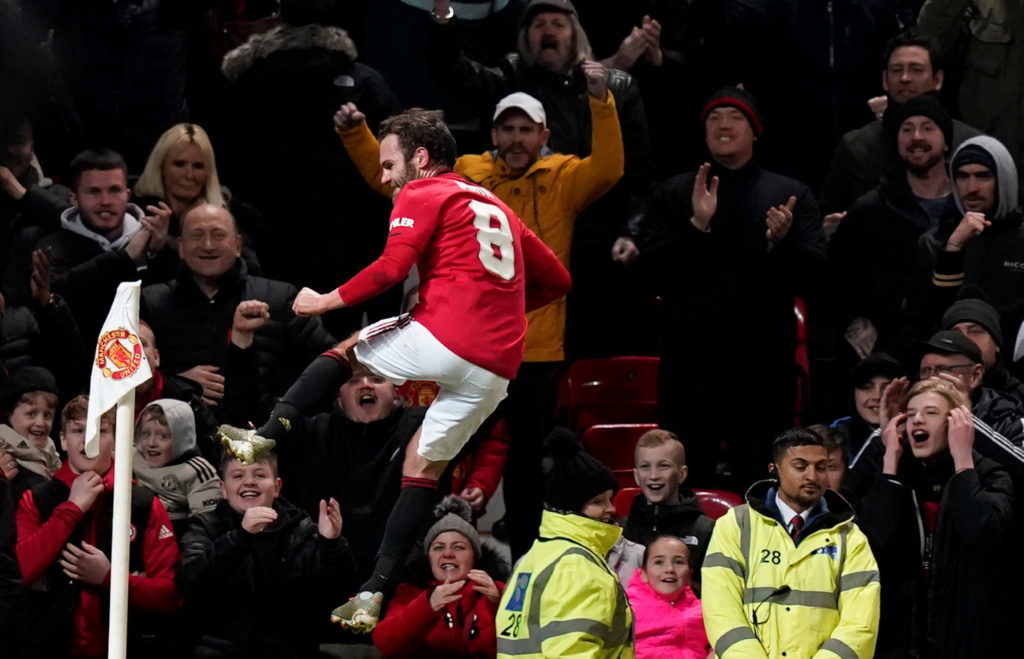 Juan Mata scored the only goal of the game as Manchester United defeated Wolves 1-0 in their FA Cup third-round replay at Old Trafford.

Wolves boss Nuno Espirito Santo also named a strong team as he opted to make just one change from the 1-1 draw with Newcastle on Saturday, as John Ruddy replaced Rui Patricio in goal.

United went into the game without a win against Wolves in their last five meetings and they thought the visitors were on course to make it six when Neto scored in the 10th minute.

Fred’s sloppy cross-field pass was cut out by Wolves and Neto was on hand to finish past Romero only for the Video Assistant Referee (VAR) to disallow the goal after it was deemed that Raul Jimenez handled the ball in the build-up.

Both sides showed attacking intent without carving out a clear-cut chance until 29 minutes when a diagonal strike from Mata was well saved by Ruddy.

Wolves responded a minute later when Gary Doherty got his head to a Ruben Neves cross from a short corner and directed his effort onto the post, although the offside flag was raised against him.

Jimenez then got on the end of Adama Traore’s cross from the left, but his subsequent header was straight down the throat of Roberto.

Ruddy was called into action for Wolves on 42 minutes as he reacted smartly to deny James an opening goal of the game following good work by Fred.

United had the first chance of the second half on 52 minutes when James was released down the left by Brandon Williams and he got away from Doherty before hitting a low shot across Ruddy and just wide of the far post.

It was no surprise when the hosts broke the deadlock on 67 minutes as Mata timed his run to perfection to get on the end of Anthony Martial’s pass and then dinked the ball over the onrushing Ruddy.

There was one sour note for the Red Devils when Rashford, who had come off the substitutes’ bench on 63 minutes, was forced off 10 minutes from time with what looked like a lower back injury which could rule him out of the weekend’s trip to Liverpool.

Wolves pressed for an equaliser to take the tie to extra-time, but United held on and will travel to face the winners of the replay between Tranmere Rovers and Watford in the fourth round on January 26.