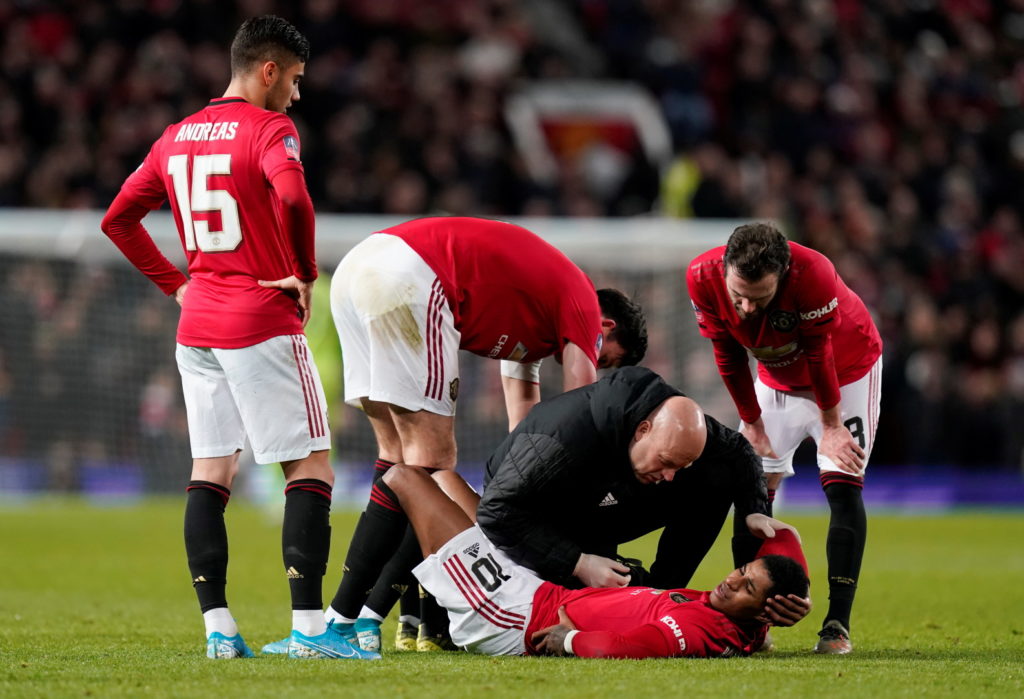 Manchester United have suffered an injury scare after Marcus Rashford was forced off against Wolves on Wednesday night.

Reds boss Ole Gunnar Solskjaer admitted his decision to bring on Rashford “backfired” after forward sustained a back injury in the 1-0 FA Cup third replay win over Wolves at Old Trafford.

With United lacking a cutting edge against their visitors, Rashford was introduced in the 64th minute and moments later, some confusion in the Wolves backline led to Juan Mata bursting clear and chipping over John Ruddy.

However, having been on the field for barely a quarter of an hour, a visibly discomforted Rashford headed straight for the tunnel, clutching his back for a few minutes after a challenge from behind from Matt Doherty.

Solskjaer admitted he took a risk in introducing a less than 100 per cent Rashford, who is now doubtful for the trip to runaway Premier League leaders Liverpool on Sunday afternoon.

Rashford has fired home 19 goals for United this season and will be a huge loss if he misses the Anfield showdown.

Ole Gunnar Solskjaer says the decision to play Marcus Rashford in the #FACup "backfired" after the striker went off with an injury.

Solskjaer did not want to play him, but thought it was a risk worth taking as the club go in search of FA Cup glory and only one of two pieces of silverware that are available to them this season.

Now it is a matter of keeping everything crossed in the hope he will be fit to play against Jurgen Klopp’s men, and Solskjaer is not ruling him out just yet.

“He’s a quick healer and he’ll play through some pain, definitely, if he’s capable and it’s not a bad, bad injury, but we’ve seen that he’s struggled lately,” Solskjaer said.

“He’s been absolutely top this season so we’ll do anything and everything we can to get him fit for Sunday. If he’s not then we’ll play without him.”