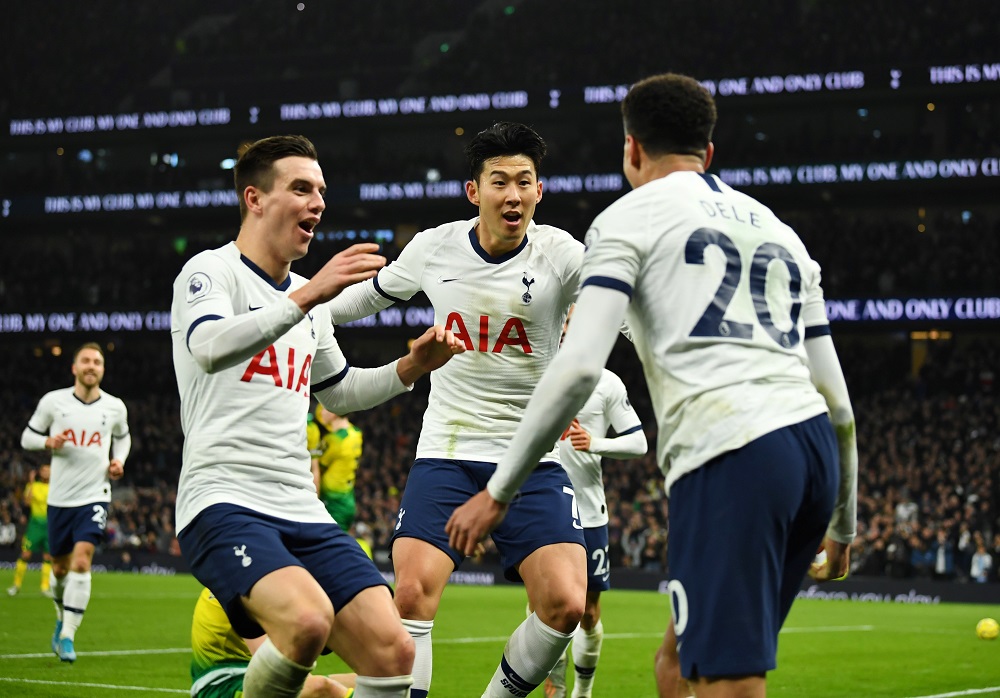 Tottenham Hotspur marked the return from long-term injury of goalkeeper Hugo Lloris by edging to a 2-1 win over visiting Norwich City.

Spurs were able to welcome back Lloris, who had been sidelined since sustaining a serious elbow injury against Brighton in early October, while Ryan Sessegnon was also handed a start.

The Canaries handed a full debut to recent signing Lukas Rupp, while Grant Hanley was recalled in defence to take the place of the suspended Ben Godfrey.

The opening stages of the game saw neither keeper seriously tested, before with just over ten minutes played, Canaries gloveman Tim Krul was extended by an Erik Lamela drive.

City responded with leading scorer Teemu Pukki curling a shot wide after linking up well with Todd Cantwell on the edge of the Spurs area.

Cantwell smashed a shot narrowly over the crossbar as the visitors continued to threaten, before Pukki dragged another effort well wide of target.

However, it was Spurs who made the breakthrough seven minutes before the interval, as Serge Aurier fired a ball in from the right side of the area and Dele Alli arrived to convert from close range.

Early in the second half Harry Winks limped out of the game, with Eric Dier replacing his fellow England international in the Lilywhites midfield.

Spurs head coach Jose Mourinho then brought on Christian Eriksen to replace Lamela, with City having threatened through both Cantwell and Alex Tettey.

And City were handed a lifeline just over 20 minutes from time as Max Aarons was brought down in the area by Sessegnon, with a lengthy VAR check eventually confirming the award of a penalty.

Having been forced to wait, Pukki scored from the spot despite the best efforts of Lloris to keep the low shot out.

However, the hosts grabbed what proved to be the winning goal 11 minutes from time, as an Alli cross was deflected up into the air and Son Heung-Min pounced to nod the ball home from close to the goal-line.