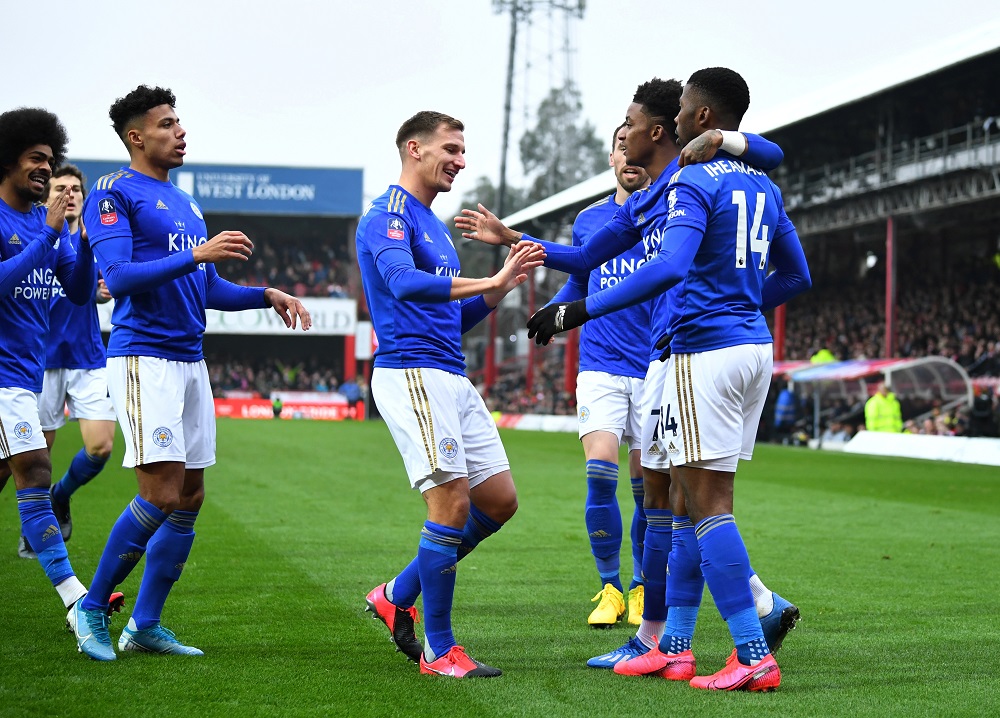 Leicester City edged through to the fifth round of the FA Cup as they secured a 1-0 victory over Brentford at Griffin Park.

None of the Bees’ much-vaunted strikeforce of Said Benrahma, Bryan Mbeumo and Ollie Watkins started the game, with only Mbuemo included among the substitutes.

The Foxes showed nine changes to the side that started the 4-1 win over West Ham in midweek, with Caglar Soyuncu and Ayoze Perez the only two survivors.

And it was Perez who almost broke the deadlock with a mere 20 seconds on the clock, being played in by Kelechi Iheanacho, only to be denied by a superb last-ditch challenge from Luka Racic.

However, with four minutes played, City did hit the front as Dennis Praet sprayed a pass out to James Justin and his cross from the right was perfect for Iheanacho to convert from close range.

Iheanacho was denied a second goal as home keeper Luke Daniels made a solid block at his near post before the hosts responded when Halil Dervisoglu curled an effort narrowly wide of the far post.

Mark Albrighton drilled a 25-yard shot just wide with just over 10 minutes left to half-time, while Daniels made a decent save to deny Perez just a couple of minutes before the interval.

The Bees continued to try and find a way back into the game during the early part of the second half but were finding it hard to make much headway in the final third.

The managed to do so just past the hour mark, with an Emiliano Marcondes ball in from the right going all the way through to hit the base of the far post before being cleared from danger by Christian Fuchs.

Seven minutes from time the hosts went close again as Racic met a corner from the right with a fine volley, which drew an acrobatic tip-over from Danny Ward.

However, they were unable to force an equaliser as the Foxes held out through three added minutes at the end of the game.