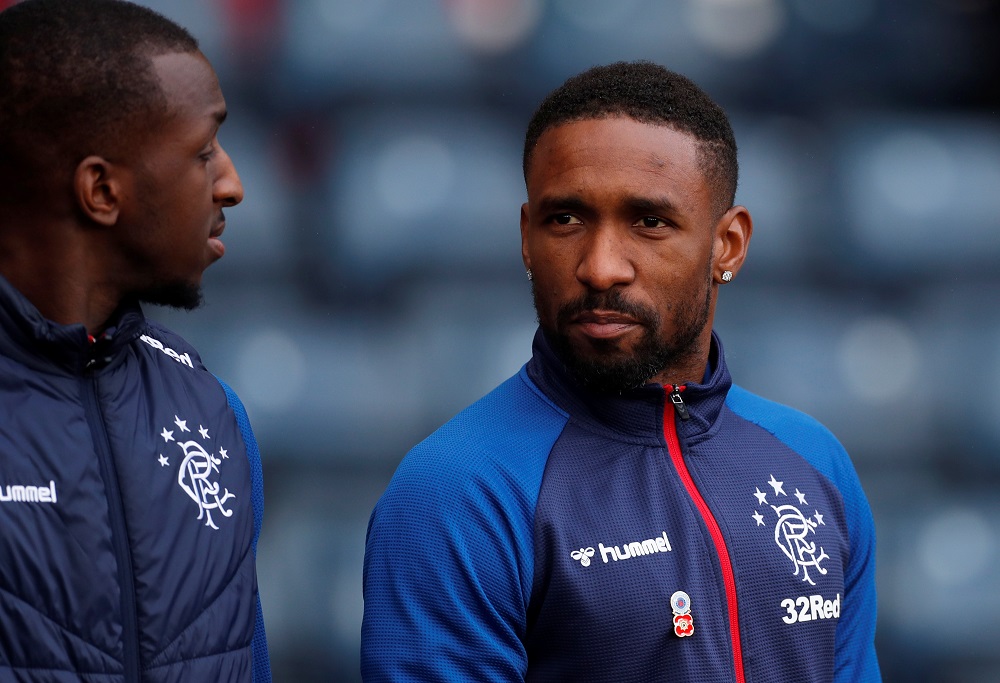 Rangers boss Steven Gerrard says it is "fantastic news" Jermain Defoe will be joining the club permanently when his contract at Bournemouth expires this summer.

Defoe made the move from the Vitality Stadium to Ibrox last January on an 18-month loan deal having found his opportunities limited at Bournemouth.

The Cherries thought they’d pulled off a coup when landing Defoe on a free transfer in the summer of 2017 but he struggled to find his feet, scoring four times in 34 appearances.

With Bournemouth boss Eddie Howe using him sparingly, the London-born hitman jumped at the chance to move to Scotland and the move has paid off, scoring 20 goals in 57 appearances for the Gers.

This season, the 37-year-old has notched 16 goals in 28 appearances, despite not always being used from the start by Gerrard.

🆕 INTERVIEW: @RangersTV subscribers can now watch an exclusive interview with Jermain Defoe after the striker signed a pre-contract to join the club on a permanent basis this summer.

In the Scottish Premiership, the ex-Portsmouth and Tottenham striker has started nine games and come off the bench in a further eight but that hasn’t diminished his importance to the Light Blues.

Gerrard has previously said the club were holding talks with Defoe over signing permanently as a player-coach, and while it hasn’t been confirmed whether he will take up a position on the Rangers staff, he has now committed his future to the Scottish side.

Defoe put pen to paper on a pre-contract agreement which will see him move to Ibrox permanently on a one-year contract when his deal with Bournemouth ends.

Gerrard says talks between the two parties have been ongoing for weeks and is delighted the “incredible professional” will be remaining at the club.

“He is still contributing heavily – he is a major part of this group, this team and this squad and, hopefully, together we can go and share some success as I think he deserves that,” he told the Rangers website.

Defoe says he’s “delighted” to secure his future at Rangers and says it is “special” to be playing for a club of this stature.

“I’m delighted, my family are happy and to have an opportunity to play for this football club is special for me,” Defoe added.