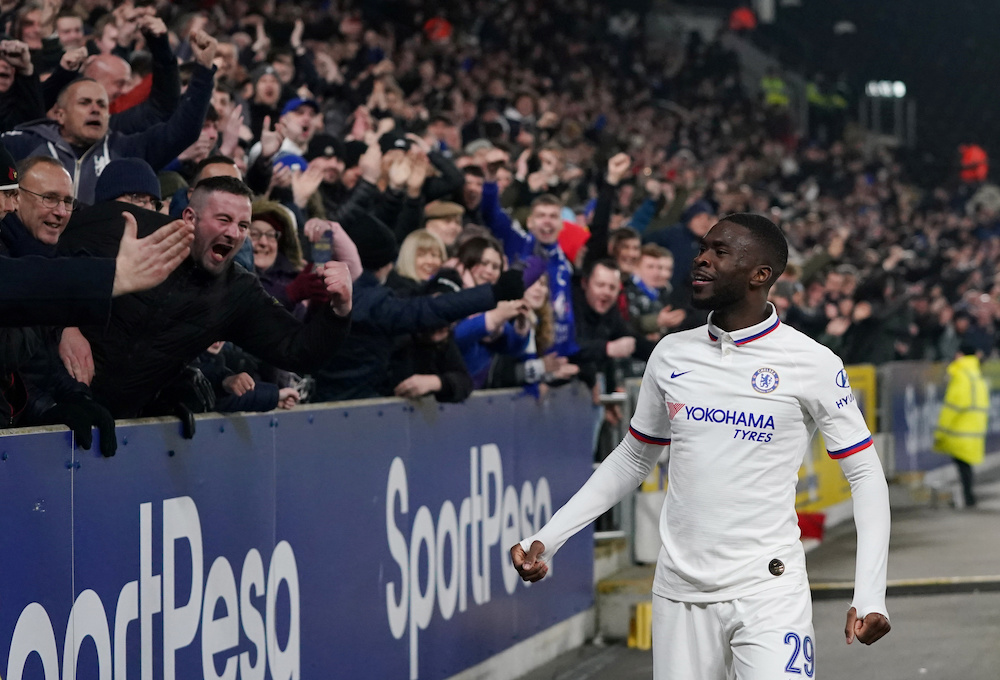 Chelsea were nearly made to pay for their wastefulness in front of goal as they withstood a late Hull fightback in their FA Cup fourth-round clash.

The Blues looked to be cruising into the fifth round having deservedly taken a two-goal lead via efforts from Michy Batshuayi and Fikayo Tomori.

However, Chelsea failed to kill the tie off with several players guilty of fluffing their lines in front goal and there was nearly a late twist in the tale.

Kamil Grosicki’s 78th-minute freekick gave the Tigers hope but they couldn’t force a replay as Chelsea repelled a late series of freekicks and corners to edge an entertaining encounter at the KCOM Stadium.

It had all started so well for the visitors as they took the lead after six minutes, a long ball out from the back by Mateo Kovacic unleashing Cesar Azpilicueta, whose cross eventually fell to Batshuayi and his deflected strike was enough to beat George Long.

The goalscorer went close to a second when Pedro lofted the ball into his path, only for the Belgian’s deflected shot to bounce wide.

Hull stopper Long then had to be on his toes to keep out Ross Barkley’s effort, before again being called into action to stop Mason Mount lobbing the ball over him.

With the Blues well on top, Azpilicueta nearly added a second before half-time, collecting Marcos Alonso’s cross before being denied by Long.

Hull were much improved after the half-time interval with Jarrod Bowen a thorn in Chelsea’s defensive side on several occasions.

Bowen nearly grabbed an equaliser with a powerful run and shot just over as Chelsea failed to build on their strong first half.

However, the home side’s renewed optimism was punctured in the 64th minute when Tomori was left unmarked to steal in at the far post and head home a Barkley free kick.

Pedro should have wrapped up the tie shortly after the Blues’ second, Willian’s reverse pass playing in the Spaniard but he missed the target with his effort.

Pedro was again through on goal moments later but lobbed his effort into the side netting.

With Chelsea well on top, Grosicki gave Hull hope of a late fightback when his deflected free-kick looped into the back of the net with Willy Caballero stranded in no man’s land.

Hull City pushed hard in search of an equaliser and a replay at Stamford Bridge at the start of next month but Grant McCann’s men couldn’t find a way through as the Blues booked their place in Monday’s fifth-round draw.