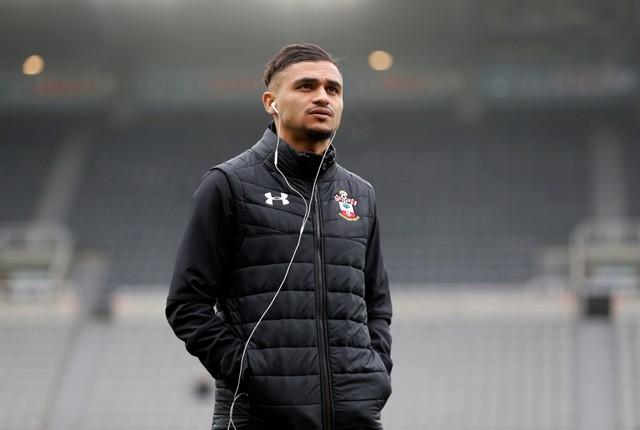 Substitute Sofiane Boufal ensured Southampton deservedly got a second chance at Tottenham in the FA Cup fourth round.

The Londoners looked to have nicked the win via Son Heung-Min’s goal just before the hour but with Saints pressing hard, they couldn’t hold out and Boufal swept home from 16 yards with three minutes left to send this one to a replay.

Spurs had lost their last two away matches against Southampton, losing in the Premier League in March 2019 and back on New Year’s Day this year in the game that also ruled out skipper Harry Kane for the remainder of the season.

The opening half was cagey at best, with chances few and far between.

Spurs thought they’d gone in front on the half-hour when the impressive Giovani Lo Celso shot home, but replays showed the ball had deflected off Son Heung-Min – in an offside position – and VAR duly chalked it off.

The hosts then had their clearest chance of the opening half on 36 minutes. Danny Ings controlled a free-kick from James Ward-Prowse and rounded Hugo Lloris, only for his shot to be cleared off the line by Japhet Tanganga.

Ralph Hasenhuttl’s side started the second period with real purpose and twice in the opening 11 minutes of the second half Ings was within a whisker of opening the scoring as the hosts enjoyed their strongest spell of the game.

Michael Obafemi’s cross from the right was met by Ings but his glancing touch flew wide of the far post, while minutes later the striker’s outstretched boot just failed to connect after skipper Pierre Hojbjerg’s mishit shot ended up in his path.

Those misses were to prove costly almost instantly. Spurs countered at pace through Lo Celso and his pass found Erik Lamela, who in turn fed Son and the South Korean curled the ball low into the net.

VAR had a long look at a collision between Dele Alli and Kevin Danso in the build-up, but concluded it was accidental and the goal stood.

More good work from Lo Celso with two minutes almost had the advantage doubled. His lofted pass was met first-time on the volley by Son but the shot just cleared the crossbar.

Boufal, along with Che Adams and Moussa Djenepo, were all sent in off the bench as Southampton looked to probe for their leveller.

Hasenhuttl will be wondering how VAR didn’t get involved entering the final ten minutes; Ings trying to wriggle free in the box and seemingly have his progress halted by the arm of Tanganga. The referee waved play on and no review took place.

The frustration continued for the Saints’ frontman on 83 minutes, his header from Nathan Redmond’s corner going back across Lloris but dropping just the wrong side of the upright.

Jose Mourinho meanwhile was eager to pitch Eric Dier in for the closing stages with his plan clearly to shut up shop amid increasing pressure from the home side.

Spurs couldn’t get the ball dead however and they paid heavy. Ings, so frustrated in front of goal, laid on a perfect pass for Boufal and he applied a cool finish into the roof of the net to give Saints deserved parity.

Dier was belatedly thrown in with two minutes of the 90 to play but with no further goals, the sides will go again in north London, Tottenham’s inability to keep a clean sheet once more undermining them.