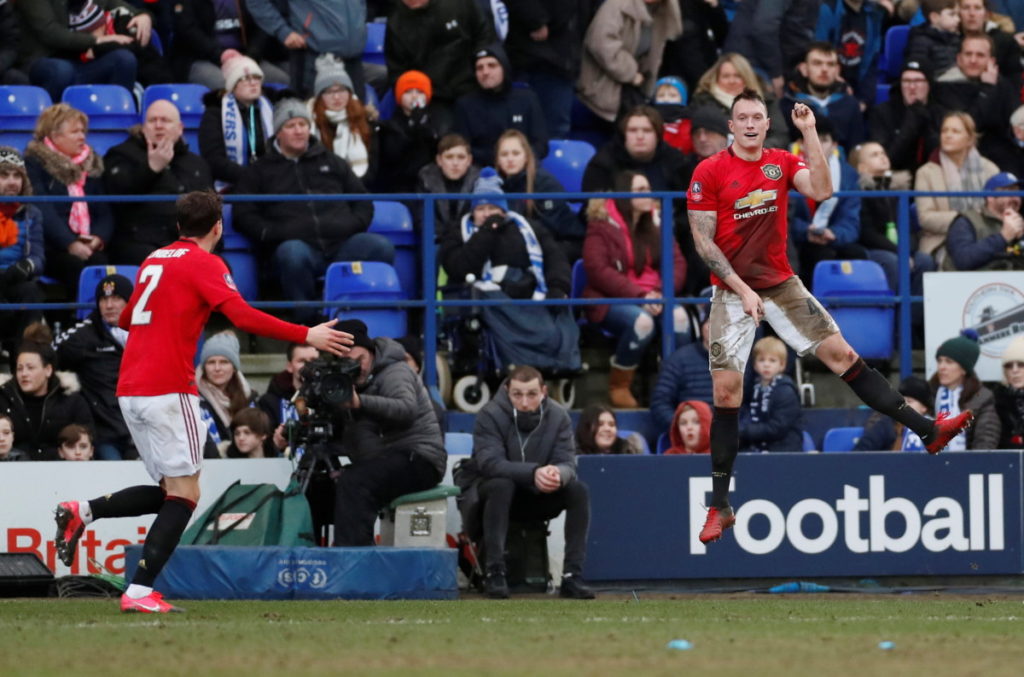 Manchester United thrashed Tranmere Rovers 6-0 to reach the fifth round of the FA Cup with six different goalscorers at Prenton Park.

The Premier League club were out of sight by half-time as they held a 5-0 lead at the interval.

Tranmere went into the game on the back of dumping out top-flight opposition in the shape of Watford on Thursday in a third-round replay and made a bright start in this match, but as soon as United took the lead any chance of an upset disappeared.

Harry Maguire began the first-half onslaught as he scored his first goal for the club in real style. The centre-half caught the ball perfectly from about 20 yards and it flew into the top right corner, albeit via a slight deflection.

The visitors doubled their advantage soon after through Diogo Dalot after a neat link up with Anthony Martial, and on 16 minutes the contest was effectively ended when Jesse Lingard curled a precise shot into the corner.

Phil Jones headed home his first goal in nearly six years from a corner as half-time approached. The centre-half was quite a distance out and managed to loop his effort into the far corner.

United showed their League One hosts no mercy and Martial grabbed their fifth in the closing stages of the first 45 minutes. Luke Shaw played a simple pass to the Frenchman, he cut the ball onto his right foot and unleashed a shot towards goal. Martial’s effort took a wicked deflection off a Tranmere defender that gave keeper Scott Davies no chance as it dropped into the far corner.

The visitors only managed to add one more goal to their tally after the restart and it came via the penalty spot after Davies brought down substitute Tahith Chong inside the area.

Mason Greenwood stepped up to take the spot kick and coolly dispatched his effort into the left corner, with Davies diving the wrong way.

To their credit Tranmere showed some spirit as they tried to reduce the deficit and Rushian Hepburn-Murphy saw his effort from edge of area drift just wide of the far post, before Kieron Morris saw a tame effort saved by Sergio Romero.