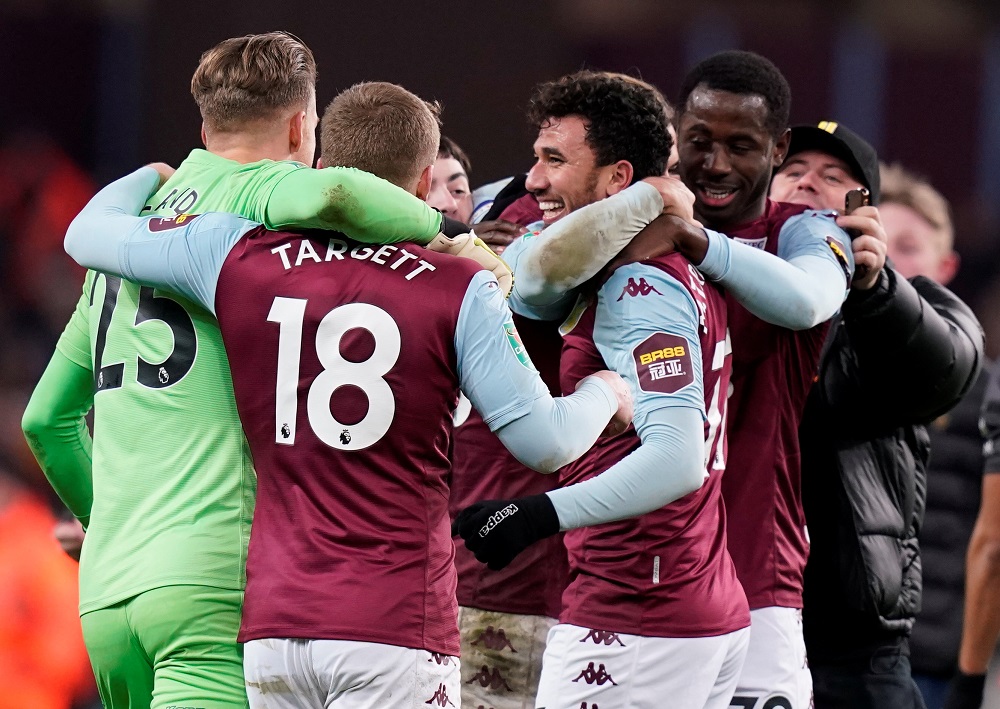 Aston Villa reached the Carabao Cup final thanks to a dramatic 2-1 semi-final second-leg win over Leicester City which secured a 3-2 aggregate success.

The Foxes showed two changes to the side who beat West Ham 4-1 in the Premier League, with Wilfred Ndidi and Kelechi Iheanacho starting in place of Nampalys Mendy and Jamie Vardy, who was fit enough to be named among the substitutes.

The visitors made the brighter start, with Nyland denying Iheanacho and then twice being extended by efforts from distance from the always lively James Maddison, all within the opening ten minutes.

However, 12 minutes in it was Villa who broke the deadlock, as Jack Grealish fed Matt Targett and he made no mistake with a shot from a tight angle to beat Kasper Schmeichel.

The goal knocked City out of their stride for the next few minutes, with Samatta having the ball in the net just before the half-hour mark, although the offside flag had gone up during the build-up.

With just over ten minutes to go to half-time, Youri Tielemans saw his fine strike tipped on to the crossbar by the impressive Nyland, who had done much to ensure his side went in at the interval one goal to the good.

Leicester began the second 45 minutes with the same intent they showed in the first, with the home side forced to defend strongly to maintain their advantage.

Eleven minutes into the second period Vardy was introduced from the bench, with Ayoze Perez the player to make way.

Ezri Konsa and Douglas Luiz both picked up bookings as the intensity increased, with the Villans working tirelessly to prevent the Foxes from gaining control in midfield.

With 25 minutes left to play Samatta was unable to convert a cross from Grealish and soon after he was replaced by Keinan Davis.

And his failure to strike proved even more important when Leicester equalised seven minutes later, with Harvey Barnes firing in a cross which was fired home at the back post by Iheanacho.

However, there was to be late, late drama as a penalty shootout beckoned, with Egyptian substitutes Ahmed Elmohamady and Trezeguet combining to send Villa to Wembley.

Elmohamady played the ball into the area and Trezeguet pounced to volley home left-footed and send the majority of Villa Park into ecstasy.