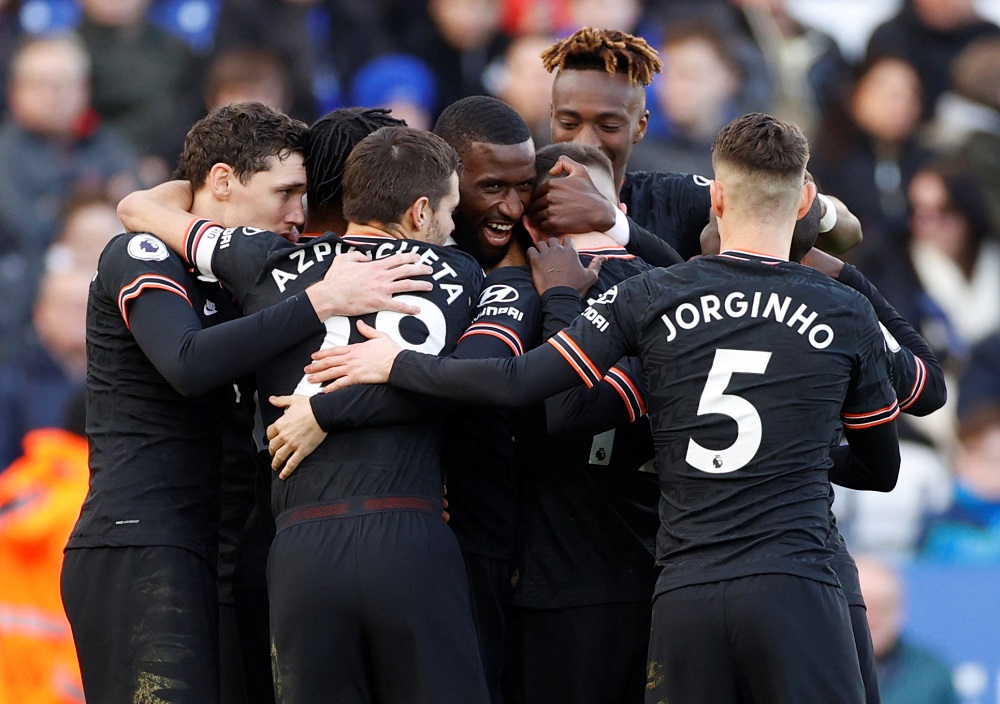 Leicester City and Chelsea shared the spoils from a 2-2 draw at King Power Stadium, with Toni Rudiger scoring with two headers for the visitors.

The Foxes showed two changes to the side beaten 2-1 at Aston Villa in their midweek League Cup game, with Hamza Choudhury and Jamie Vardy replacing Wilfred Ndidi and Kelechi Iheanacho.

The visitors made four changes to the side that drew 2-2 against Arsenal last time out in the league, with Willy Caballero, Pedro, Mason Mount and Reece James all returning to the starting line-up.

Callum Hudson-Odoi scuffed his kick when well placed early on before Jonny Evans had to head danger away as the visitors pressed forward once again.

Tammy Abraham then failed to make the most of finding himself in space of the area as Pedro fed the ball in from the left before the striker was just unable to reach a James cross whipped in from the right.

The hosts responded as both Youri Tielemans and Ricardo Pereira saw shots blocked before Vardy was denied by Caballero after finding space in behind the Chelsea defence as he ran on to an Ayoze Perez knock-down.

Harvey Barnes fired well over after being found in space by Ben Chilwell, who then fired narrowly over following a corner. Right on half-time, Hudson-Odoi sliced an effort high and wide as a lively first 45 minutes ended goalless.

Just over a minute into the second half Chelsea broke the deadlock as Rudiger leapt highest at the far post to head home a Mount corner curled over from the left flank.

The lead lasted just eight minutes as Barnes cut in from the left and his deflected right-foot effort looped over the stranded Caballero and just inside the far post.

With 64 minutes on the clock the Foxes turned the game around completely as they took a 2-1 lead, with Chilwell arriving right on cue to sidefoot home after Caballero had gone walkabout in his area.

A see-saw encounter soon saw the visitors grab an equaliser 19 minutes from time when Rudiger again proved deadly in the area, powering home a header as he met a Mount ball in from the left.

Barnes passed up an excellent chance after being set up by Vardy with 10 minutes to play and neither side was able to find a winner as five minutes of added time ticked away.