Mourinho has striker concerns at Spurs 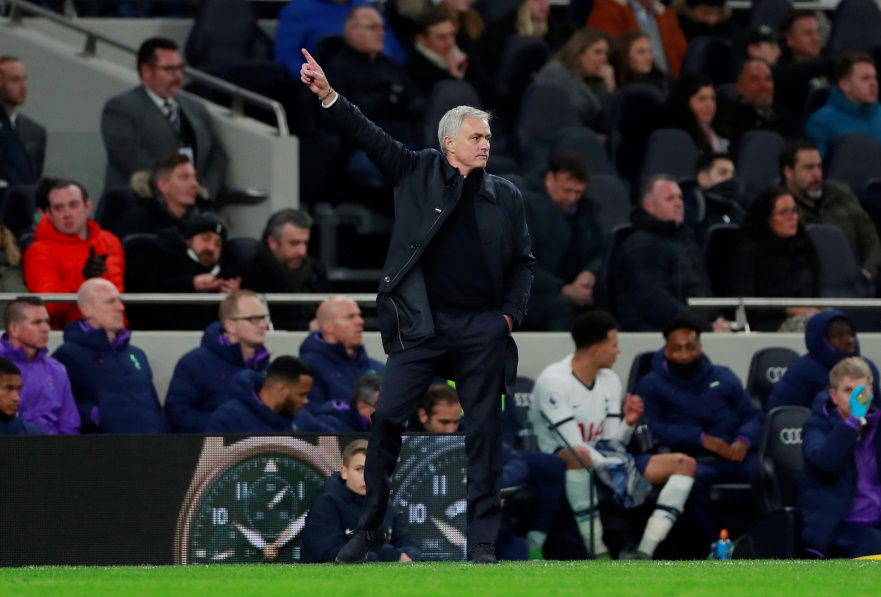 Tottenham boss Jose Mourinho says the club’s failure to sign a striker in the January transfer window is a blow.

Spurs are without star man Harry Kane following surgery on a hamstring injury and the England captain is not expected to return until April at the earliest.

The north London club did manage to snare winger Steven Bergwijn from Dutch outfit PSV Eindhoven in a £26.7million deal but were unable to bring in a new centre-forward.

Mourinho was linked with a host of frontmen during the January window and he made no secret of his desire to bring in cover for Kane, but the former Chelsea and Manchester United boss insists that if he had managed to land a striker it would have been a signing with the long-term in mind rather than simply someone to fill the void in the coming months.

Spurs are still involved in the battle for a Premier League top-four finish, the Champions League and the FA Cup. Mourinho concedes it will be harder for his side to achieve their goals without a new frontman – but he insists they can still hit their targets ahead of Sunday’s visit of Manchester City.

“I’m happy [with my squad] but I have to answer yes it would be better with a striker,” he told reporters.

“I cannot hide. If I say it’s an easy situation to play three competitions without a striker, I’m going to lie and I cannot lie. It’s important for us but if it’s not possible for us, it’s not possible.

“It’s important that we are all together on this. We don’t want just a striker to be helpful now, we want a striker who would be good for us and good for our future.”

Spurs are likely to be in the market for a new striker in the summer and could reignite their interest in Real Sociedad’s Willian Jose after missing out in January, while Lyon forward Moussa Dembele is also thought to be a target.