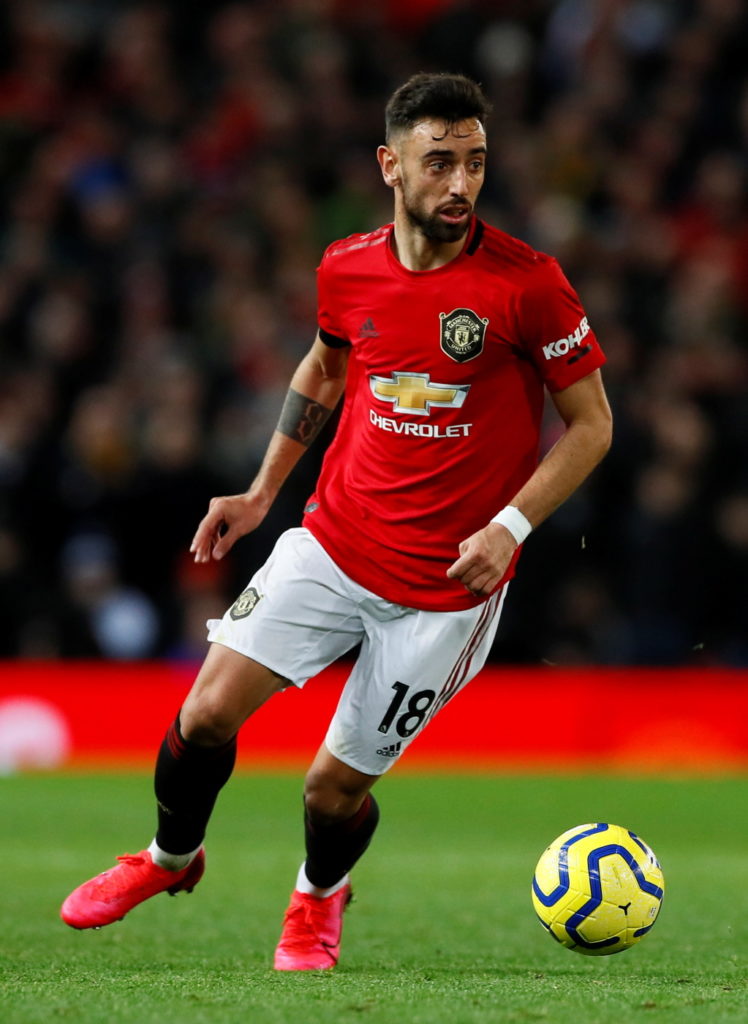 Manchester United were held to a 0-0 draw by Wolves at Old Trafford as the hosts missed the chance to close the gap on the top four.

All the talk in the build-up to the match was the news that United’s big-money signing Bruno Fernandes was to start the game although deadline-day recruit Odion Ighalo had not arrived in time to take his place in the squad.

Fernandes looked to be a calming influence in the middle of the park as United dominated the early possession, while he also had a decent effort on goal in what was an otherwise chance-free first half.

A yellow card then blotted the big-money signing’s copybook after the restart as both sides continued their struggle to create chances.

A trademark Adama Traore run did set up Raul Jimenez for a rare Wolves opening but the Mexican’s effort from an acute angle was saved well by David de Gea.

Traore was then forced off with an apparent ankle injury, with new Wolves signing Daniel Podence coming on to make his debut.

United sub Mason Greenwood then had a speculative strike from range deflect off both Conor Coady and Willy Boly before falling into the grateful hands of Wolves goalkeeper Rui Patricio.

Diogo Dalot had the last chance of the game for United in stoppage time but headed wide from close range.

The draw does not really bolster either side’s hopes of finishing in the top four as they both remain six points behind fourth-placed Chelsea, who drew at Leicester earlier in the day.