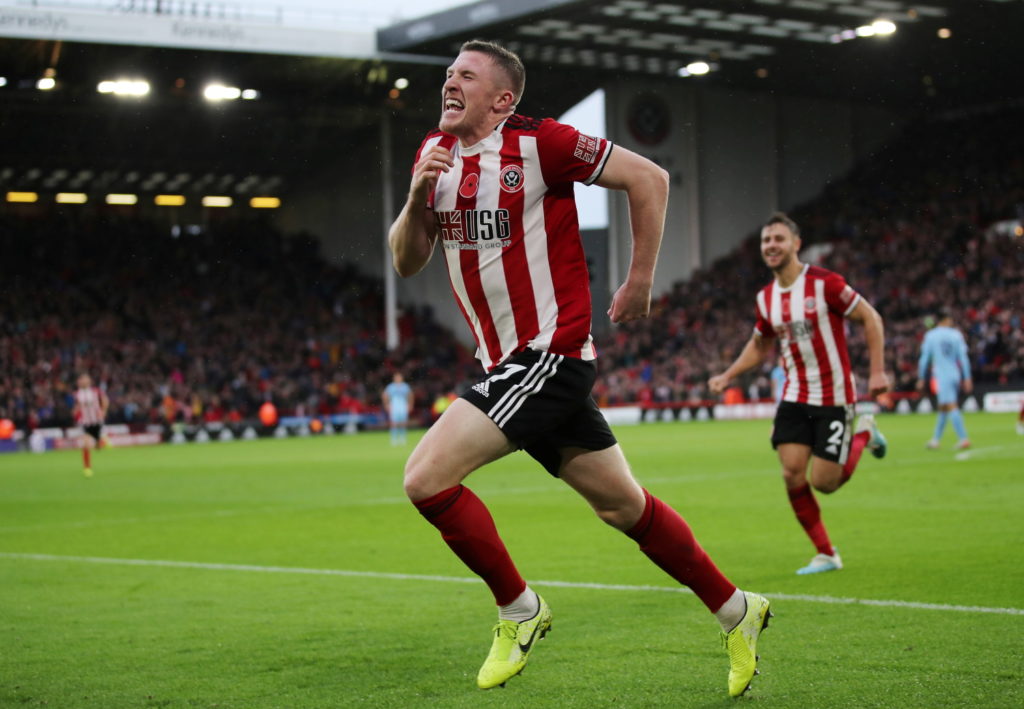 Sheffield United substitute John Lundstram grabbed a late winner as the Blades came from behind to beat Bournemouth 2-1 at Bramall Lane.

A 10th Premier League victory of the campaign for Chris Wilder’s side lifts them up to fifth in the table while the Cherries are only two points above the relegation zone.

The visitors weathered the early storm though and began to get on top on a sunny afternoon in Sheffield after incessant rain had earlier left the pitch extremely greasy.

After Harry Wilson had headed wide from a good position, Eddie Howe’s side took the lead in the 13th minute when Callum Wilson smashed the rebound into the roof of the net after his naemsake’s initial shot had been blocked.

Phil Billing went close to doubling Bournemouth’s lead 60 seconds later as the Blades struggled to come to terms with the away side’s pace.

When the home team responded, Jack O’Connell and Oliver McBurnie went close before Billy Sharp grabbed his second goal of the season in first-half stoppage time with a poacher’s finish – the 34-year-old’s only other top-flight goal came against the Cherries on the opening weekend of the campaign.

Bournemouth were on the back foot at the start of the second half and Aaron Ramsdale was forced to make a good save to stop Sharp from firing the home team ahead.

United piled on the pressure in search of a winner but Lundstram failed to get any power into his shot after he had been set up by Chris Basham.

However, the visitors continued to look dangerous on the break and Blades goalkeeper Dean Henderson did well to keep Ryan Fraser’s shot out.

With just six minutes remaining United grabbed the winner when Lundstram guided his shot past Ramsdale to secure the three points, and they now have a two-week break before taking on strugglers Brighton in their next fixture.