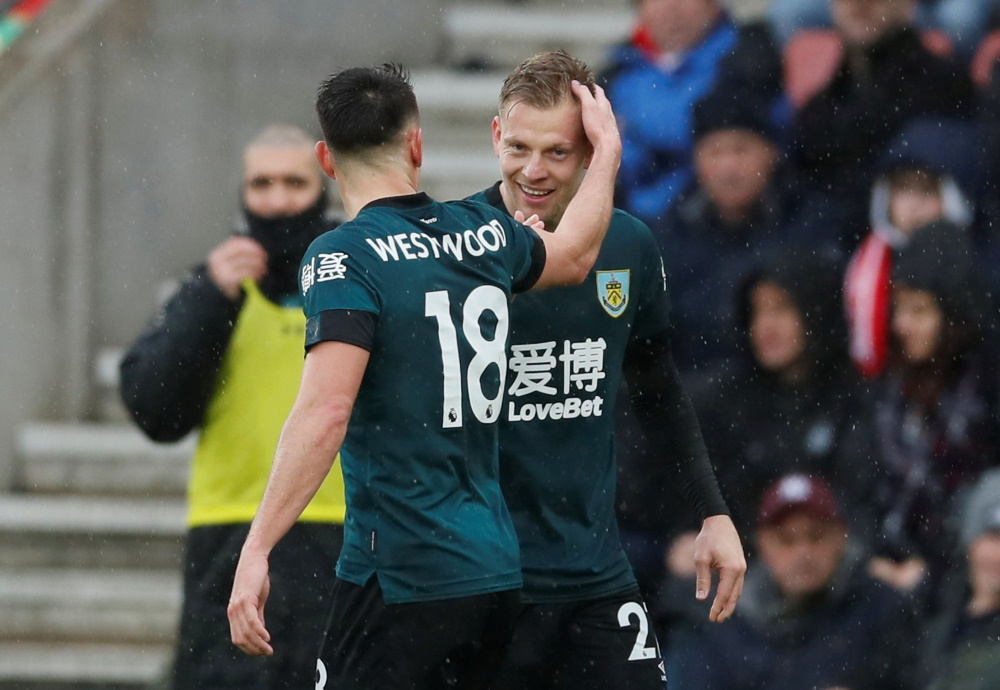 Goals from Ashley Westwood and Matej Vydra saw Burnley climb up to 10th place in the Premier League with a 2-1 victory at Southampton.

Saints had the lowest points return in home games this season, with just 11 going into the contest, and they were unable to improve that on Saturday.

The Clarets were looking for a repeat performance from the 3-0 success they enjoyed against the same opposition at Turf Moor in their opening game of the Premier League season.

And it was the visitors who got off to the perfect start in the most bizarre fashion when Westwood found the back of the net after just three minutes direct from a corner.

The Clarets midfielder whipped in a ball which was completely left by Saints striker Danny Ings at the front post before curling into the back of the net.

After such a blunder in the opening stages, Ings atoned for his mistake and got the hosts back on terms in the 18th minute.

Following a scramble on the edge of the area, the former Burnley forward produced a composed strike into the bottom corner past the diving Nick Pope.

The teams went into the break on level terms but it was Sean Dyche’s side who took the lead in spectacular fashion on the hour mark.

Jeff Hendrick sent a long ball into Vydra on the edge of the box and the Czech Republic international guided the ball off his chest, past a defender, before rifling an effort into the top corner in what could be one of the goals of the season.

Saints hoped for a chance to level things in the 83rd minute when referee Simon Hooper stopped play to check a penalty claim by the hosts although VAR found no infringement.

The Clarets managed to hold on to claim all three points to move into the top half of the Premier League.

Meanwhile, Saints’ woes at home continued but they still have a seven-point gap between themselves and the bottom three.