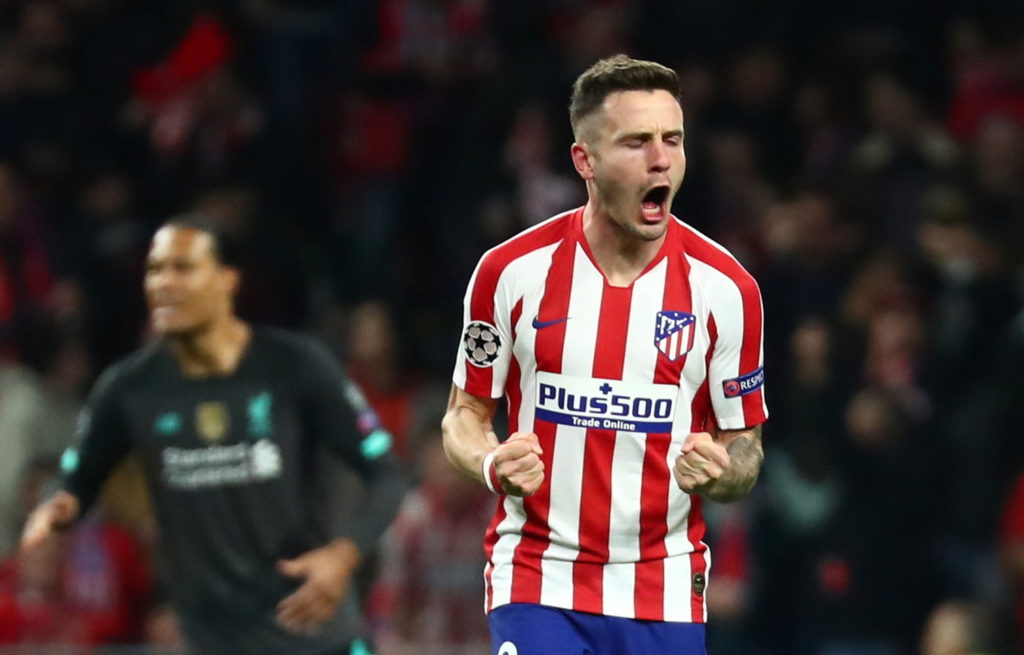 Saul Niguez's early strike proved enough for Atletico Madrid as they beat Liverpool 1-0 in the last-16 of the Champions League.

The European champions returned to the scene of their sixth title and were boosted by the inclusions of two key players, with both Fabinho and Sadio Mane included in the side.

However, perhaps for the first time this season Liverpool looked shaky from the off and conceded after just four minutes.

A corner kicked from Koke almost dipped onto the heads of both Stefan Savic and Saul and with Fabinho unsighted, the ball bounced off him and towards the Spain midfielder who toe-poked home.

The Metropolitano was alive and Alvaro Morata almost made it 2-0 when forcing a fine save from Alisson.

Liverpool slowly grew into the game and had a goal ruled out when Roberto Firmino was rightly adjudged offside after being found by Mohamed Salah, while Andrew Robertson stabbed an effort wide.

Atleti were though, good value for their 1-0 half-time lead and maybe could have doubled their advantage but Sime Vrsaljko hesitated and the chance when amiss.

Before that both teams had made half-time changes, with Marcos Llorente and Divock Origi introduced and each created chances for their sides but neither team could improve the scoreline.

As expected pre-match, Los Colchoneros strangled the game but did look sharp on attack, notably when Morata kicked against his standing foot.

For the Reds, Jordan Henderson was unlucky not to find the net as he dug out an effort from an awkward cross.

Chances were few and far between though and after a vintage gritty performance by Diego Simeone’s side, they will take a 1-0 advantage to Anfield for next month’s second leg.