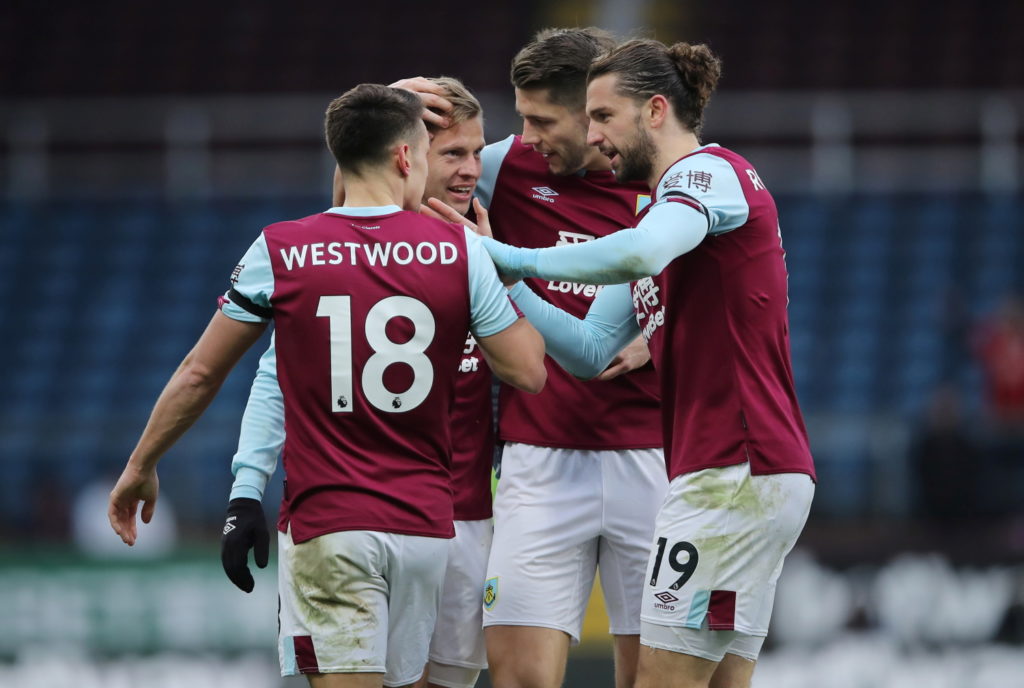 Burnley moved up into mid-table in the Premier League after a controversial 3-0 win against lowly Bournemouth at Turf Moor.

The Clarets made just the one change following their 2-1 victory at Southampton as Matej Vydra deputised for injured striker Chris Wood in what was his first Premier League start since November 2018.

Three changes for Bournemouth from the 2-1 defeat at Sheffield United last time out as Jack Stacey, Steve Cook and Joshua King were all handed starts.

Burnley had won the three previous meetings between the two sides, but they were almost behind inside three minutes when Callum Wilson nicked the ball, flicked it over his head and hit a sweet volley towards the bottom corner which Nick Pope did well to save with an outstretched boot.

In response, a Dwight McNeil cross caused panic in the Cherries’ area and it handed Jack Cork a chance to get a shot off at goal which Aaron Ramsdale needed two attempts to save.

On 12 minutes, Vydra cut inside Cook and looked certain to find the net only for Ramsdale to again come to the rescue with a smart save.

Bournemouth thought they had got their noses in front on 21 minutes when a flick-on from a corner deflected into the path of the returning King off Philip Billing and he converted at the far post.

However, a quick check with the Video Assistant Referee (VAR) disallowed the goal for a harsh handball against Billing.

From the restart, Harry Wilson should have put the Cherries ahead from a King cross but his header was too close to Pope who made an excellent save.

The action again picked up later in the half with Stacey forcing a good save from Pep at the far post after getting on the end of a King cross from the left on 41 minutes, before Ramsdale raced off his line to smother the ball ahead of the onrushing Vydra.

Despite their promising first half display, Bournemouth found themselves behind eight minutes into the second period when Vydra beat the offside trap, checked inside Simon Francis and lifted his effort over Ramsdale.

The Cherries thought they had got on level terms only to end up two-down in a crazy three-minute spell in which VAR again played a huge part in proceedings.

Wilson got on the end of a Wilson pass and poked the ball under Pope to seemingly level on 58 minutes only for VAR to disallow the goal having picked up a handball by Adam Smith inside his own area before the counter-attack.

Instead, Burnley were awarded a penalty for Smith’s offence and Jay Rodriguez coolly converted from 12 yards on 61 minutes to extend the hosts’ lead.

Ramsdale was then called upon to deny Ashley Westwood and Rodriguez on two more occasions as the Clarets threatened to run riot.

The hosts continued to push for more goals as Vydra should have added his second on 76 minutes but fired wide, before Cook nicked the ball away from Rodriguez and McNeil hit a 30-yard pile-driver off the post.

Their endeavor was rewarded three minutes from time when McNeil was allowed to run towards the Cherries area and unleash a left-foot effort past Ramsdale.

The win moves Burnley up to eighth, while Bournemouth, who will rue those VAR decisions, stay 16th and are just two points above the relegation zone.