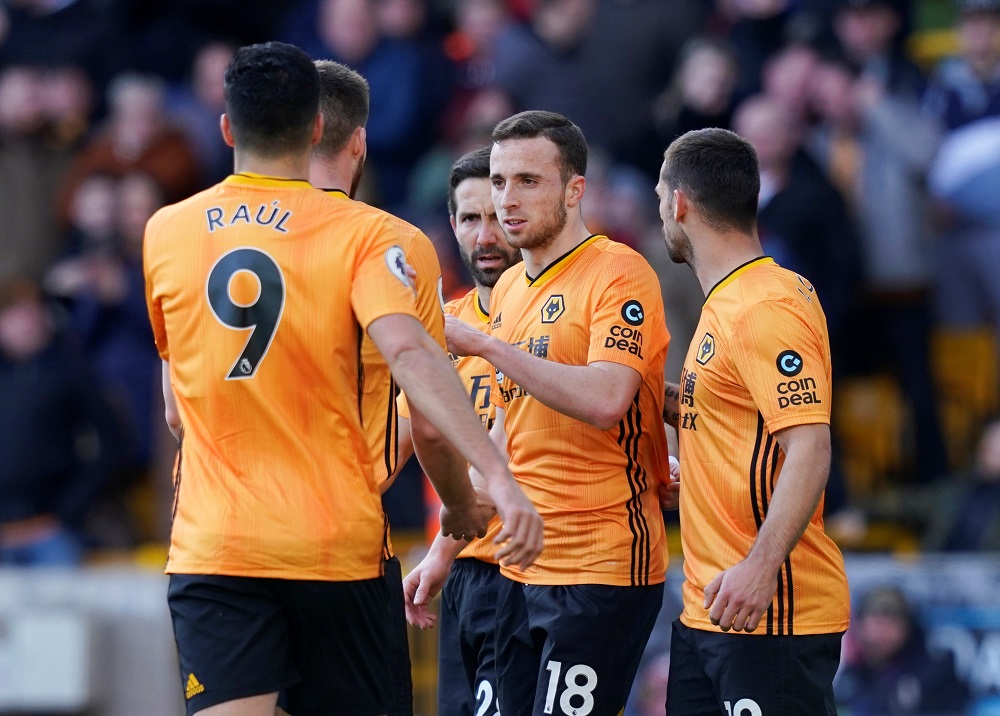 City showed two changes to the side which started the 1-0 defeat to Liverpool last time out, with injured duo Christoph Zimmermann and Sam Byram replaced by Ben Godfrey and Jamal Lewis.

The early minutes saw the visitors enjoy plenty of possession and seven minutes in Rui Patricio made a block at his near post to deny Canaries leading scorer Teemu Pukki.

Four minutes later the Portuguese keeper grabbed a 20-yard left-foot drive from Kenny McLean, who was set up by the hard work of Pukki.

However, it was the hosts who broke the deadlock with 19 minutes on the clock as Matt Doherty controlled a ball in from the right and fed Jota, who drilled a low shot under City keeper Tim Krul.

Alex Tettey was then in the right place to clear a Jota cross which almost left Raul Jimenez with an open goal, but the home side did double their lead on the half-hour mark.

A deep cross from the left was played back across the face of goal by Romain Saiss and Jota applied the finishing touch from a couple of yards out.

Right on half-time Krul made a fantastic save to keep out a Ruben Neves free-kick, as Wolves ended the first 45 minutes in total charge.

It was 3-0 to the men in gold soon after the restart as a quickfire counter-attack ended with Jota blasting a shot against the post, with Jimenez following in to convert the rebound from almost right on the goal-line.

City responded with Todd Cantwell driving an effort straight at the waiting Rui Patricio, but the Canaries were finding it difficult to even look like they were going to gain any consolation from this contest.

The final chance of the game saw Krul block a Doherty header with his feet as the hosts almost extended their margin of victory to four goals.

Wolves moved up to eighth on the back of the win, closing to within five points of the top four, while Norwich remain seven points adrift of safety.