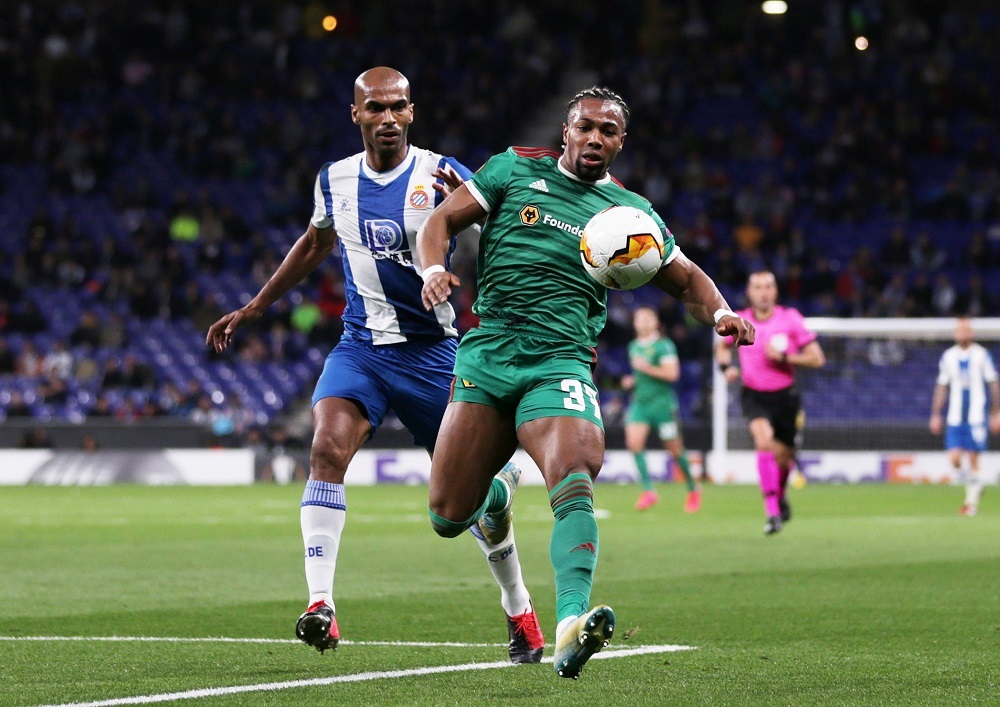 Wolves moved into the last-16 of the Europa League despite losing 3-2 at Espanyol, easing to a 6-3 aggregate victory over the Spanish side.

The hosts made four alterations to the team thumped 4-0 at Molineux in the first leg, with Adria Pedrosa, David Lopez, Sergi Darder and Jonathan Calleri all given starts.

The visitors showed five changes from the side who started the 3-0 win over Norwich City last weekend, with Max Kilman, Ruben Viagre, Adama Traore and Morgan Gibbs-White all drafted in, while Daniel Podence was handed a first start since his arrival in January.

And five minutes later the Argentinian gave the home side the lead as he fired home from close range, with Adria Pedrosa having found time and space to cross from the left.

However, the lead lasted a little over five minutes before Wolves hit back to equalise, with Podence feeding the ball to Adama Traore, who finished at the second attempt after his initial shot had been blocked.

The remainder of the first half saw both sides pressing to try and forge further openings, but neither goalkeeper was extended before the half-time whistle sounded.

Early in the second half Podence showed his quality by driving forward before firing a shot narrowly over the crossbar from just outside the area.

Shortly before the hour mark Kilman was penalised for catching David Lopez with a high boot and Calleri calmly converted the resulting penalty kick to give the hosts the lead for the second time on the night.

Gibbs-White was next to go close for the visitors as the game entered the final 25 minutes and 11 minutes from time Wolves made the score 2-2 on the night as Podence crossed to the far post and Matt Doherty made no mistake with a firm finish.

Substitute Pedro Neto somehow shot wide of an unguarded net late on and that proved costly in stoppage time, as Calleri completed his hat-trick and won the game for the hosts as he was on hand to head home from a cross in from the right.