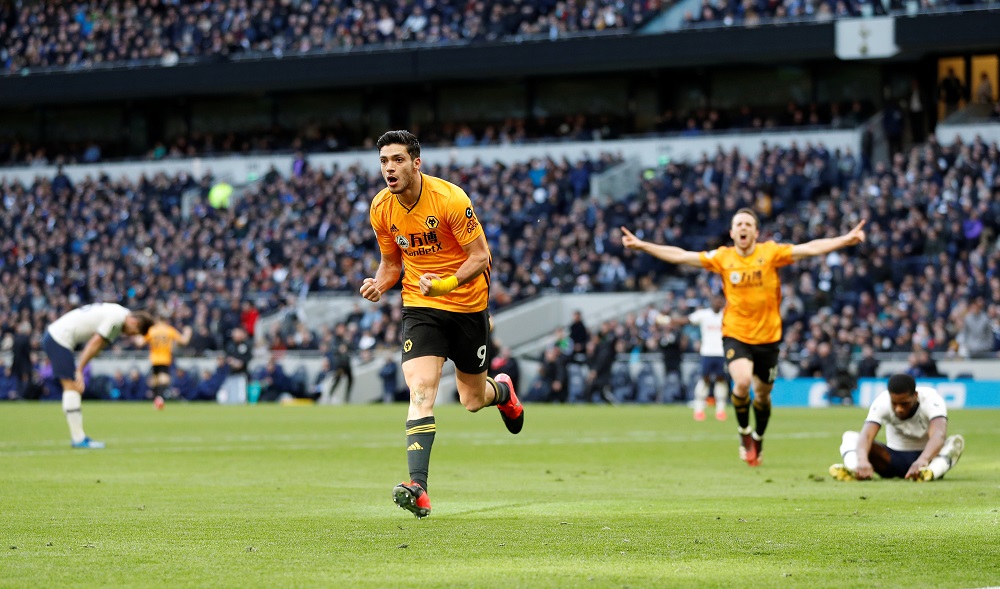 Wolves twice came from behind to secure a 3-2 victory at Tottenham Hotspur which handed them a huge boost in their bid to secure a top-four finish.

Spurs made four changes to the side beaten 2-1 at Chelsea a week ago, with Paulo Gazzaniga, Eric Dier, Serge Aurier and Dele Alli handed starts.

Adama Traore and Ruben Vinagre were recalled by the visitors, who showed two alterations to the XI which began the 3-0 win over Norwich City last weekend.

The early minutes saw neither goalkeeper tested, before eight minutes in Adama Traore dragged a shot just wide after taking advantage of some hesitant Spurs defending.

Five minutes later it was the hosts who made the breakthrough as a swift counter-attack ended with Dele Alli seeing his shot saved by Rui Patricio, before Steven Bergwijn followed up to slot home the loose ball.

The in-form Diogo Jota fired over with just over 20 minutes played as Wolves pushed for an equaliser, which they found shortly before the half-hour mark.

VInagre found space and time down the left flank and his ball into the area was not dealt with by Japhet Tanganga, allowing Matt Doherty to pounce and fire a shot past Gazzaniga.

On the stroke of half-time Spurs retook the lead as Aurier was given too much time on the right side of the area and he cut the ball on to his left foot and fired a shot into the far corner of the Wolves net.

Jota nodded over as the visitors began the second half brightly, before Alli sent a header wide of target from a Ben Davies cross at the other end.

With 57 minutes on the clock Wolves scored a second equaliser of the game, with Doherty this time the provider as he crossed accurately from the right and Jota arrived right on cue to convert at the far post.

And the visitors scored what proved to be the winner 17 minutes from time, with the impressive Jota once again involved, this time setting up Raul Jimenez to turn away from Tanganga before calmly beating Gazzaniga with a left-foot finish.