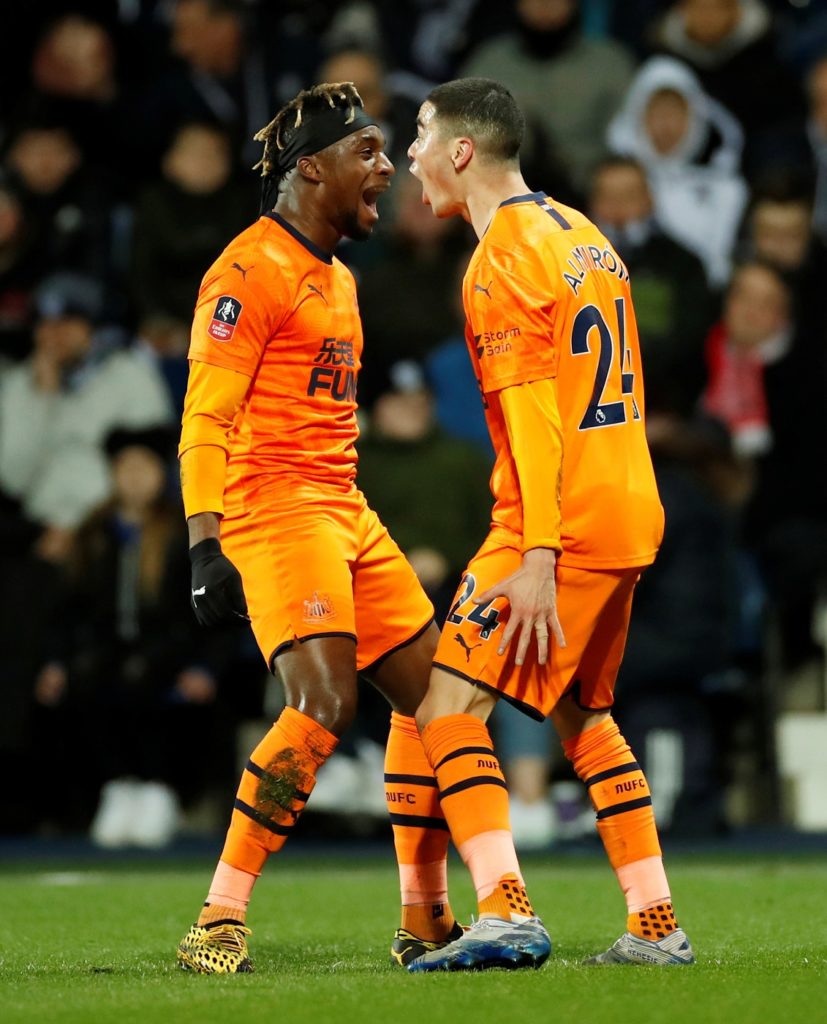 Newcastle are through to the quarter-finals of the FA Cup for the first time since 2006 after beating West Brom 3-2 at The Hawthorns on Tuesday.

That decision certainly paid off, as the trio posed a threat to West Brom throughout the match, particularly Saint-Maximin, who hit the post with an early effort.

The Frenchman then played a key role in Newcastle’s opening goal, carrying the ball from inside his own half before slotting Almiron in behind the West Brom defence and he finished with aplomb.

Almiron then grabbed a second for Newcastle on the stroke of half-time, latching onto a clever, but slightly fortunate back-heel from Joelinton before supplying an emphatic finish.

Just two minutes into the second-half and the visitors seemingly had their place in the quarter-finals wrapped up, with Almiron and Saint-Maximin both combining, this time to set up Valentino Lazaro, who bundled home his first goal in English football from close range.

It wasn’t until they went 3-0 down that West Brom finally began to play, with Matt Phillips coming close to reducing the arrears, but his goalbound effort was cleared away by Danny Rose.

Kyle Edwards then saw a deflected effort cannon off the crossbar before, with 16 minutes remaining, Albion did pull a goal back, Phillips was the scorer, firing home after a clever knockdown from substitute Kenneth Zohore.

Newcastle were able to hold out, however, and it is they that will go into the hat for the quarter-final draw, while West Brom will turn their focus firmly to earning promotion back to the Premier League.