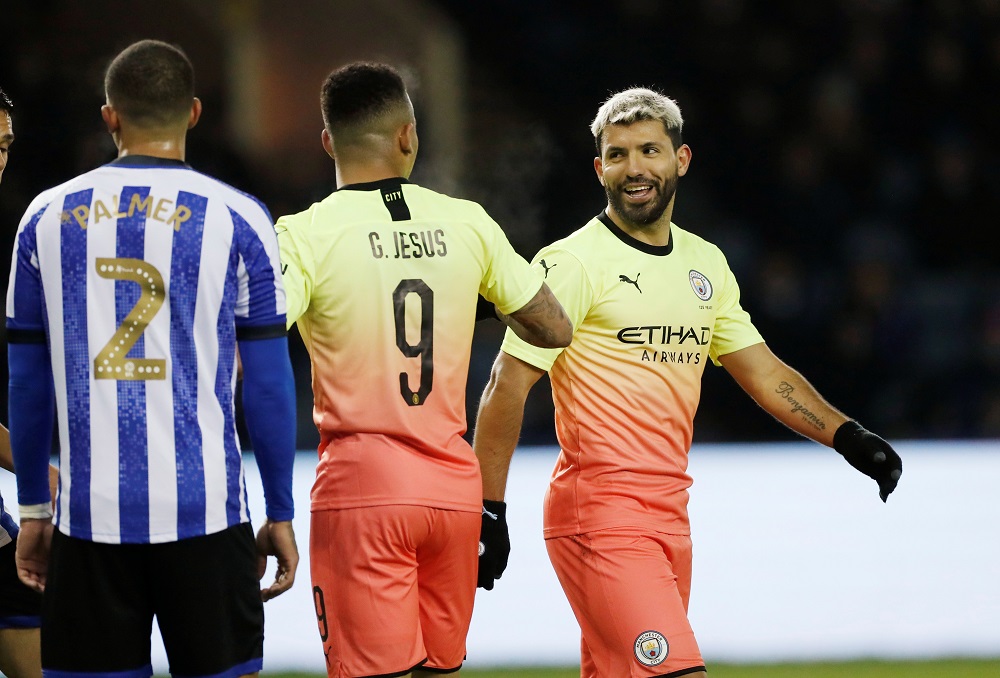 Holders Manchester City eased into the last eight of the FA Cup as a Sergio Aguero goal secured a 1-0 victory at Sheffield Wednesday.

Owls boss Garry Monk handed starts to Joe Wildsmith, Dominic Iorfa, Joey Pelupessy and Alessio Da Cruz as he made four alterations to the side beaten 3-1 by Derby County at the weekend.

The Citizens made six changes to the team who started the Carabao Cup final win over Aston Villa, with Gabriel Jesus, Bernardo, Benjamin Mendy, Joao Cancelo, Riyad Mahrez and Nicolas Otamendi all starting.

The visitors started strongly, but it was the Owls who went close first, with Jacob Murphy firing narrowly wide from 25 yards out after seven minutes.

Twenty minutes in John Stones lifted in a fine cross from the right, but Gabriel Jesus failed to hit the target with a far-post header and a few minutes later the Brazilian was just unable to reach a through ball from Aguero.

Just past the half-hour mark Otamendi rattled the crossbar as he met a Mahrez free-kick with a flick header, with that being the final clear chance of a quiet first 45 minutes.

Early in the second half Benjamin Mendy smacked a drive against the woodwork, before eight minutes into the second period the Citizens broke the deadlock.

Mendy found Aguero and his left-foot shot was only partially blocked by Wildsmith, who was unable to prevent the ball from dropping over him and into the back of the net.

The Owls keeper was called into action to block a Stones shot and then turned away a Mahrez drive as the visitors went in search of a clinching second goal.

Sub Raheem Sterling was denied by Wildsmith deep into stoppage time, as the FA Cup holders held out with ease to reach the sixth round.