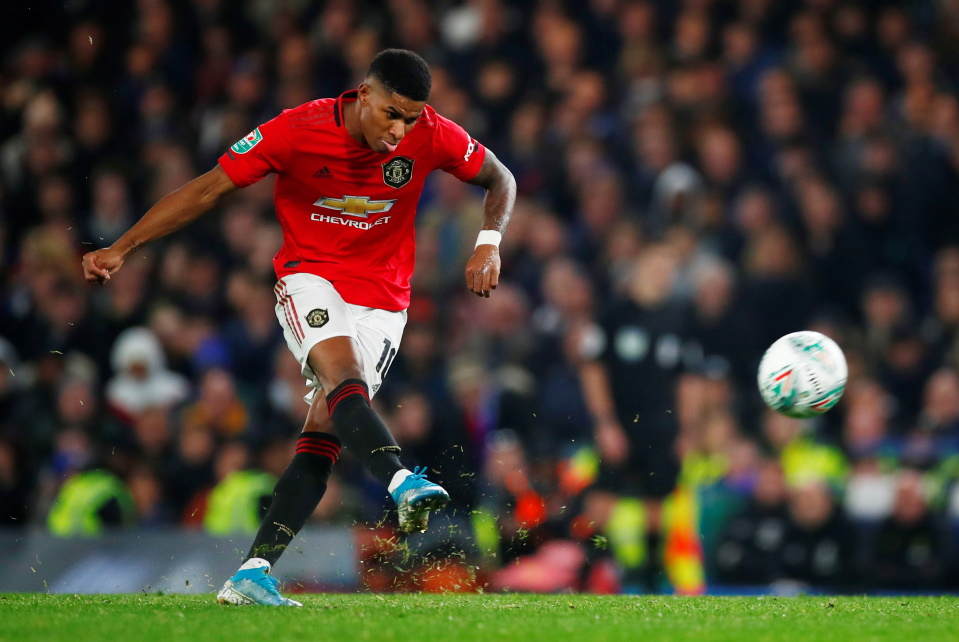 Red Devils boss Ole Gunnar Solskjaer isn’t expected to give much away about his top scorer, who came on after the hour mark but picked up a back injury in the third round 1-0 FA Cup replay win over Wolverhampton Wanderers on Wednesday night.

The sight of the England forward being substituted left supporters fearing the starlet will now be missing from the trip to the home of their bitterest rivals.

“I’m not going to hold my breath”, said Solskjaer. “I would probably think that he wouldn’t be ready, but let’s see.”

Old Trafford insiders, however, have stated the England international was assessed on Thursday morning and was reporting less pain. Rashford was ordered to rest up but the 22-year-old is hopeful he will continue to improve over the next 24 hours and be able to take part in training on Saturday.

Solskjaer certainly is not going to do Kop boss Jurgen Klopp any favours by tipping his hand, with Rashford a key counter-attacking component in how he wants his team to set up against the runaway Premier League leaders at Anfield.

It was Rashford’s opener in the 1-1 draw back in October that cost the Merseysiders their only league points to date, and the academy graduate can boast three goals in his last five outings against the Kopites.

The Mancunian is in red-hot form and has bagged 19 goals already this campaign, which some at United have put down to his signing of a new contract late last year, having seen renewal talks drag on for over 18 months.