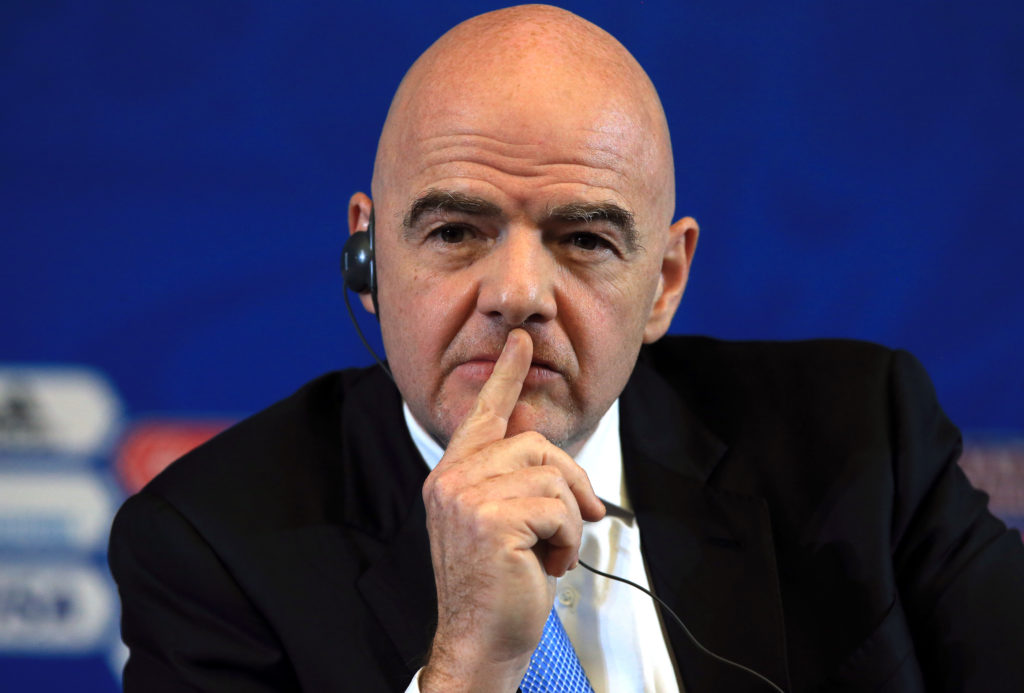 FIFA president Gianni Infantino has promised to make available money from the world governing body’s reserve funds as football faces up to the financial impact of the coronavirus shutdown.

With leagues around the world suspended and major tournaments including Euro 2020 postponed, individuals and organisations at every level of the game are counting the cost of the pandemic.

Infantino said FIFA must now look at the best way it can help mitigate the impact.

Infantino said a consultation process has already begun to assess the financial impact across football with a view to creating a fund with an independent governance structure.

“You have to know that we will be there and we will find solutions together,” Infantino added. “You will never be alone… (and) the world will know where the money goes and, equally important, why the money goes there.”

“If football manages to have a discussion where everyone contributes positively, and keeps in mind the global interest over the individual one, I am convinced our future can be better than our past, and we will be better prepared for the times ahead,” Infantino said.

“I am convinced football will play a key role to bring people back together when it’s safe to play again and be with our friends and families in large groups,” Infantino said. “Let’s prepare for that moment… FIFA is with you in these difficult times, and together, we will win!”

On Thursday, Southampton became the first Premier League team to announce an agreement with their players over wage deferrals during the crisis.

But, in a column for Eurosport, former Manchester United and England midfielder Paul Parker threatened to reopen the debate over whether it was fair for Health Secretary Matt Hancock to have singled out footballers and called for them to take pay cuts.

“People live the life depending on what they are earning,” Parker wrote. “Taking away 30 per cent of that money will still affect them. You are used to living with plenty of money.”

Former England and Leeds defender Norman Hunter is in hospital with the coronavirus.

The 76-year-old, who made 28 appearances for the Three Lions and was part of the 1966 World Cup-winning squad, is having treatment.

SPFL clubs are due to vote on Friday on proposals from the league to end the Scottish Championship, League One and League Two seasons, with final placings to be determined by points per game in league matches played to date by each club.

The resolution also recommends that the Ladbrokes Premiership remains postponed for the time being, although final season placings would be determined by the same system if the SPFL’s board determines matches cannot be played.

Rangers say a members’ resolution put forward by the club calling for prize money to be urgently distributed had been ruled not competent by the SPFL’s legal adviser, but the club intended to submit and amended version.

Rangers claimed their requests for assistance from the league in framing the resolution had gone unanswered but the SPFL responded with a statement saying it had not received the request until late on Thursday night.