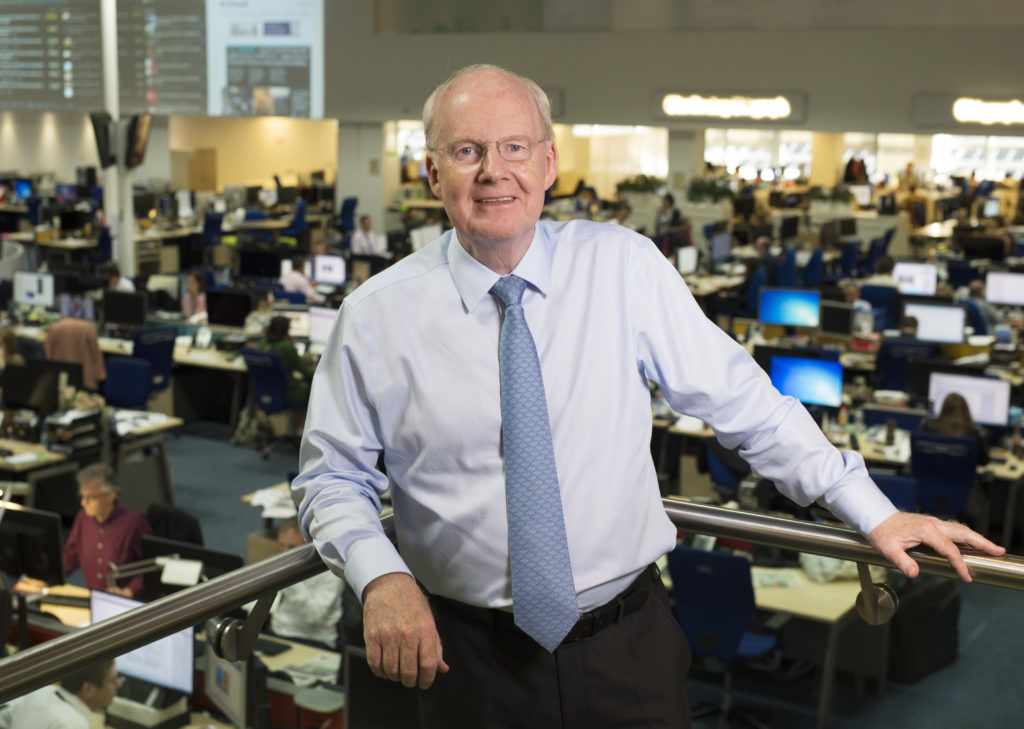 SPFL chairman Murdoch MacLennan is concerned about Rangers’ allegations over the stewardship of the governing body’s vote on how to end the season and has called on them to provide some evidence.

The Ibrox club want SPFL chief executive Neil Doncaster to be suspended after claiming a whistleblower has provided them with information that the vote on how to end the Scottish Championship, League One and League Two was not carried out fairly.

Gers said in a statement: “We have been presented with evidence via a whistleblower that raises serious concerns surrounding the SPFL’s processes relating to its stewardship of the voting on the resolution presented to member clubs.

“Rangers’ Interim Chairman, Douglas Park, attempted to discuss this evidence with SPFL chief executive, Neil Doncaster, who initially refused to do so. The SPFL followed up that call with an e-mail, which we believe was a thinly disguised attempt to silence legitimate concerns.

“Rangers will not be bullied into silence. We believe it is in the interests of all Scottish clubs and supporters that the evidence, which is alarming, be addressed as quickly as possible.

“The voting debacle and the evidence we possess raise serious questions concerning the corporate governance of the SPFL.”

MacLennan wants Park to come forward with the evidence or withdraw his allegations ahead of an SPFL board meeting next week.

“It is extremely concerning that Rangers have chosen to make a number of very serious allegations against the SPFL, its corporate governance, its culture, its office-bearers and its business operations,” he said in a statement.

“In the often-heated atmosphere of Scottish football, rumour and misinformation can very quickly reach fever-point.

“However, allegations of a lack of even-handedness and fair play go to the very integrity of the league and I would expect Rangers interim chairman Douglas Park to present compelling evidence to back up his claims, or to withdraw them.

“I anticipate that the SPFL Board will convene early next week to discuss a wide variety of issues and I will be writing to Mr Park asking him to urgently communicate any and all information he possesses in order that the board can take whatever steps are necessary.”

The SPFL submitted a resolution on Wednesday that would finish the three lower leagues as they stand. A decision on the Premiership would be taken at a later date if it was passed.

Clubs were asked to submit a vote by Friday at 5pm but several were late.

The Premiership and clubs in League One and Two have backed the plan with the required 75 per cent of the vote but it now rests on one Championship club, with seven having voted for it and two against.

Dundee’s vote appears crucial to the outcome of the SPFL’s plan and is believed to be the absent one from the Championship, even though their club secretary Eric Drysdale is alleged to have given other clubs his “solemn word” that he submitted their ‘no’ vote.

The Dens Park club releasing a lengthy statement on Friday outlining their concerns with the plan, though did not actually confirm which way they had voted or whether they had even cast their vote.

Inverness chief executive Scot Gardiner says he has seen a copy of their vote and also received a WhatsApp message from Drysdale.
Gardiner gave a detailed account of the state of play, saying on BBC Sportsround: “The three clubs were pretty solid. Partick Thistle, ourselves and Dundee had all spoken openly and said we could not vote for this resolution.

“At 16.39 I signed and dated our voting slip and I published that on the group.

“At 16.52 we got a message from Dundee’s club secretary which says, ‘DFC vote submitted’. That is the fact of the matter as far as we were all concerned. Thereafter we went through the rabbit hole.

“I was quite relaxed because I thought it was an error because it was submitted. We received the message at 18.07 saying their vote wasn’t received but gave us his “solemn word” that it was sent.

“At that stage we were told that he had bee instructed to hold off from resubmitting their vote.

“It is a radio silence, we have no idea what is going on now. We are now all in the dark. There is only one club that knows and the people who spoke to Dundee know what happen. But none of us know.”