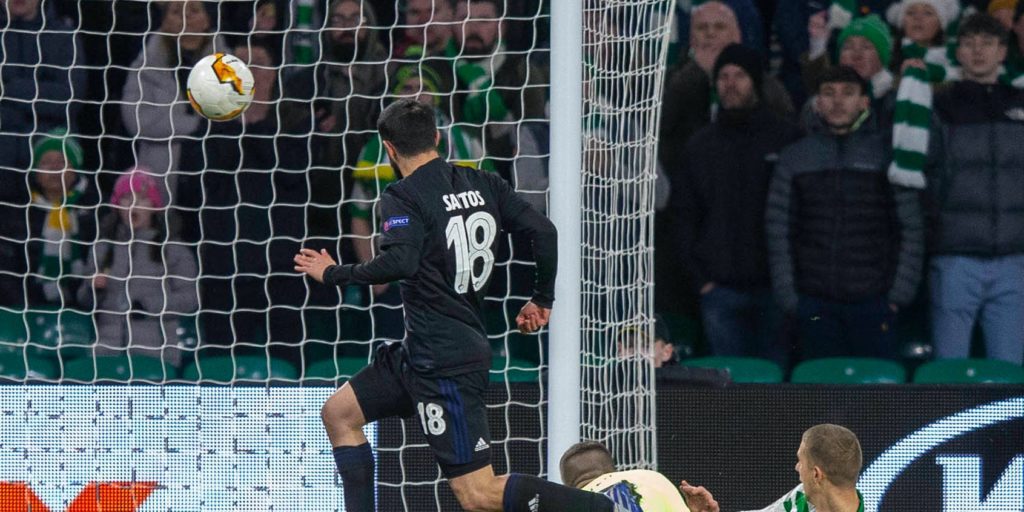 Santos clashed with police during a Copenhagen goal celebration in their Europa League win over Celtic in Glasgow.

Copenhagen striker Michael Santos has been banned for three games by UEFA.

Santos was handed a UEFA charge of “assaulting another person present at the match” after the Uruguayan collided with police during Copenhagen’s Europa League win at Celtic.

The incident happened as the Danish players were celebrating a dramatic late goal which dumped the Hoops out of Europe in February.

A UEFA statement read: “The Control, Ethics and Disciplinary Body has decided: To suspend the FC Copenhagen player, Michael Santos, for a total of three (3) UEFA club competition matches (including any matches previously and automatically served by the player to date) for which he would be otherwise eligible, for assaulting another person present at the match.”