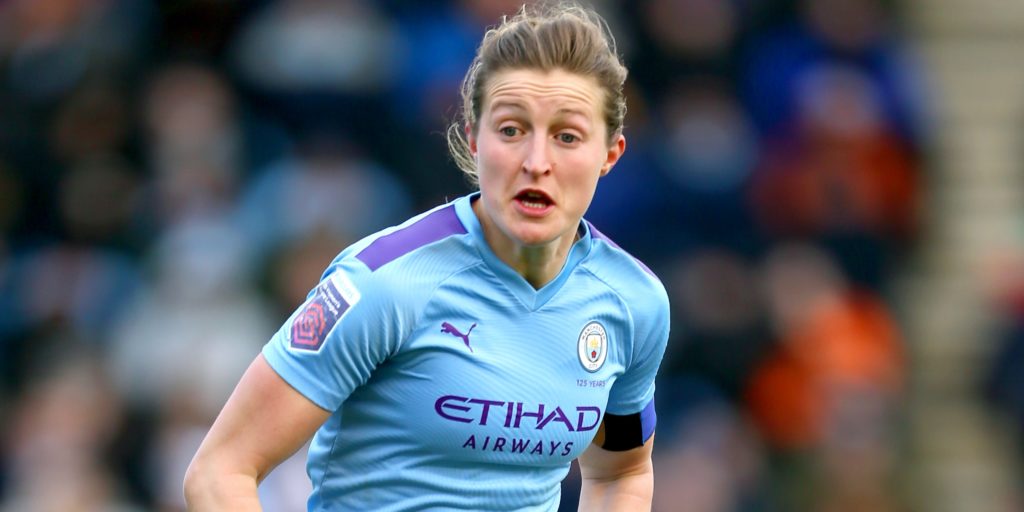 The striker is still keen on finishing the Women’s Super League season.

Manchester City’s Ellen White is hoping the “crazy” Women’s Super League season will be completed when the coronavirus lockdown is lifted.

But she is adamant the top priority is for people to stay at home and help beat the virus – and if that means the season has to be cancelled she would understand.

In the meantime White is passing time on a personalised training programme as well as studying in detail other prolific strikers such as Erling Haaland, Harry Kane and Jamie Vardy.

And the England international has also been playing Lego, watching US sitcom Brooklyn Nine-Nine and trying to avoid watching episodes of Friends.

When asked about her views on the WSL season, White told the PA news agency: “First and foremost I just want everyone to be healthy.

“I think everyone would love to finish the season. But we totally understand if that was not to be.

“Football is one thing, but everyone’s health and well-being is the top priority.”

City are currently leading the WSL by one point from Chelsea, with their London rivals having a game in hand. It all pointed to a thrilling final few weeks until Covid-19 forced all sport to stop.

“It’s been a pretty crazy season already, it’s a massive fight for who is going to win the league,” said White. “It’s definitely been the most exciting (season) so far, but we’d all understand if it wasn’t meant to be.”

Since lockdown. the 30-year-old has continued to train.

“To get motivated was challenging,” she said. “It’s quite lonely. When you’re not with the team it is quite weird.

Despite keeping fit with indoor bike and gym sessions, and a daily walk in the surrounding Derbyshire countryside, there is still time for boredom to set in.

“I made some Lego, which I’m pretty proud of to be fair, it took me a while,” said the England striker, before going through a list of television programmes she is watching.

A self-confessed Friends fanatic, when lockdown started she made a pledge with her husband Callum that they would avoid the popular comedy and try some new programmes.

“We’ve been going back to watch Brooklyn Nine-Nine,” she said. “It’s really funny and easy to watch and there are loads of episodes.”

She has also been watching the fly-on-the wall documentary The Test, which follows the Australian cricket team from the ball-tampering scandal in South Africa to winning the Ashes in England last year.

“It’s incredible, I was absolutely fascinated by it, I love documentaries where you go behind the scenes and you see really what happens – the analysis side,” she said.

Using data to help improve performance is clearly something White has a passion for and the dedication to her job is apparent when she reveals she uses in-depth analysis of strikers to improve her own game, alongside analysing her own performance and opposition goalkeepers.

“At the moment I’m just trying to improve myself and develop myself,” she said, after recently studying Haaland, Kane and Vardy. Next to look at are Gary Lineker, Ruud van Nistelrooy, Peter Crouch and Jermain Defoe.

“I’ve looked at the way they receive the ball, their movement in and around the box, how they create their own space and get on to the ball…their range of finishes. How they get that half a yard.

“For me as a number nine, you can’t ever say there’s one number nine, there are so many varieties. That’s really exciting to watch.”

Such dedication is testament to her ambition to improve and win more trophies with Manchester City, and to continue her international career as long as possible. But, has she been able to avoid Friends?