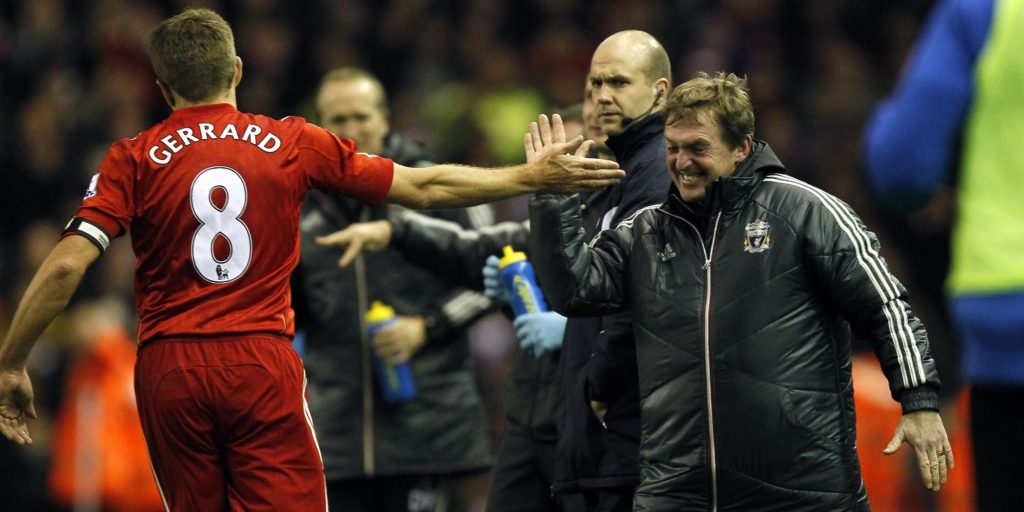 Steven Gerrard is many Liverpool fans’ choice as the club’s greatest player.

Liverpool’s record-breaking season – currently on hold because of the coronavirus outbreak – has led to comparisons being made to the club’s previous great sides.

Here the PA news agency looks at 10 of the Reds’ best players in their history.

The fact he has superseded Kenny Dalglish as many fans’ greatest player is testament enough to the all-action midfielder’s enduring legacy. Aside from the highs of Istanbul 2005, the 2001 treble and the 2006 FA Cup final Gerrard, unlike most of his peers on the list, consistently operated at the highest level in sub-standard Liverpool teams.

Known as ‘King Kenny’, the Scot’s bootprints are all over the club’s greatest period of success between the late 1970s and early 1990s. Bought to replace a Kop idol in Kevin Keegan, Dalglish quickly established himself as the new hero with the winning goal in the 1978 European Cup final in his first season. Blessed with vision few of his contemporaries could match, his partnership with Ian Rush was one of the very best.

One of the most lethal strikers of his generation with a record which has stood the test of time. With Dalglish providing the ammunition the hard-working Wales international was hugely prolific with a predatory instinct which made him feared throughout Europe.

Souness was not just the midfield hardman he is often remembered for being – although he was an uncompromising, ruthless opponent – as he had a quality of touch to match his toughness.

Without doubt the greatest goalkeeper in the club’s history. Signed for just GBP 18,000 from Scunthorpe, Clemence’s 11 years as first choice saw him win every major club honour and establish himself as one of the world’s best and while he benefited from playing in the best team of the era he was more than an equal of his team-mates.

While Barnes may not boast the trophy haul of many of the club greats his presence among them is without question. Barnes was the first high-profile black player to play for the club in the 1980s, a time when racial abuse echoed around stadia across the land, and the photograph of him backheeling a banana thrown at him remains a powerful image. On the field Barnes glided across the pitch with grace and poise to devastating effect in the final third.

Affectionately known as ‘God’ by the Kop, Fowler was loved as much for who he was – his support for the Liverpool Dockers in 1997 earned him a UEFA fine but endeared himself more to the fanbase – as for what he did. The ‘Toxteth Terror’ was arguably the best natural finisher of his generation and is still the club’s all-time leading Premier League goalscorer.

Signed in 1938, during the Scottish winger’s 23-year Anfield career he came to prominence in the 1950s during one of the club’s barren spells, which included relegation to the second division. Scored a career-best 33 goals in 1955-56 in the second tier as he almost singled-handedly prevented the club slipping even further down the divisions.

Keegan’s move to Anfield from Scunthorpe in 1971 for GBP 35,000 – described by Bill Shankly as “robbery with violence” – catapulted him towards being the football star of the 1970s. Fast, skilful and committed his ‘little and large’ partnership with John Toshack was one of the most prolific of the decade and he gave the number seven shirt a new-found reverence.

The classy centre-back captain was a precursor for the modern-day ball-playing defender, relying on brain over brawn, and his leadership qualities made him perfect captaincy material with the final six years of his career spent wearing the armband.