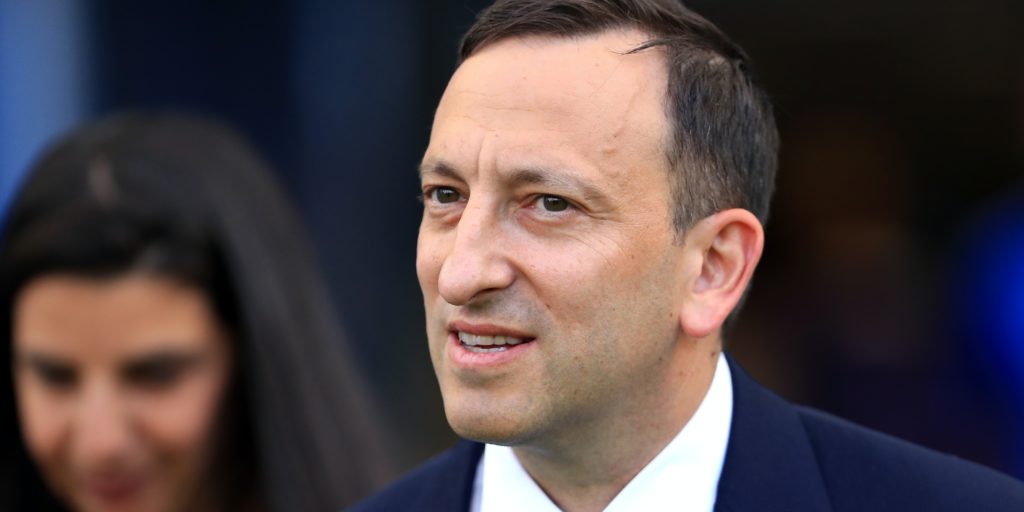 Bloom warned that focusing on defending players’ income in the short term could endanger jobs and clubs as the shutdown continues.

Brighton chairman Tony Bloom has called on the Professional Footballers’ Association to think long-term as discussions over player pay continue during the coronavirus shutdown.

Talks with the PFA over a collective approach for all Premier League clubs broke down last week, leaving individual clubs to take things forward, while a deal between the players’ union and the EFL said players in Leagues One and Two should not face deferrals exceeding 25 per cent.

But Bloom warned that focusing on defending players’ income in the short term could endanger jobs and clubs as the shutdown continues.

“It is time for the PFA to step up to the mark, to really look at the situation around the long-term implications of not being more open to some of the suggestions,” Bloom said.

“And it’s thinking about when those existing players’ contracts run out. Is it in their interests if the PFA are too intransigent?

“And for the younger players who don’t even have contracts, for the long-term good of the game, I just think, in this particular situation, they really do need to be more open-minded to such a difficult situation for the football club.

“The last thing we need as a football industry is so many clubs to go not only into administration but perhaps not even getting out of it.

“There is a wider picture here and the PFA has a wider responsibility.”

Brighton remain in talks with Lewis Dunk and Glenn Murray, who are working on behalf of the entire squad, about the steps they may take. Both Bloom and chief executive Paul Barber praised the work Dunk and Murray have done, but said there was “no detail” yet on an outcome.

Bloom warned the shutdown put the future of several clubs at risk, and said it should lead to a wider review of football’s sustainability given several clubs spend significantly more than half of revenues on player wages.

“After this situation has resolved – hopefully that doesn’t take too long – I do think football will come together,” Bloom said. “Because, at the moment, a lot of our football clubs are at risk of not only going into administration but going bust.

“We were all devastated when Bury went out of existence. We know how key these football clubs are to their community. So, it is a big concern going forward that more clubs in this country and other countries will fold.

“I think it does need to be looked at, at all levels, as it really is unsustainable and I think it needs something like this crisis to perhaps get across some significant, sustainable change.”

Premier League clubs are due to meet on Friday to discuss the next steps, with reports emerging that a growing number are calling for the season to be ended – one way or another – no later than June 30.

While there may need to be short-term solutions such as rolling contracts for players whose deals expire in June, or complications with the start and finish dates of sponsorship deals, Barber said it was important to keep an open mind.

“What we’re dealing with now has broken all the rules in every industry,” he said. “I don’t think in a crisis you can rule anything out…It can’t be perfect. We’re all resigned to the fact it won’t be perfect but it’s a case of making it as good as it can be.”

Those solutions seem highly likely to include playing games behind closed doors for an extended period.

“A lot of this is imperfect,” he said. “Integrity of the competition is paramount alongside people’s safety. If we have to play behind closed doors we have to accept we won’t have the same product but that we would love. But equally we have to be prepared it might go on for sometime.

“Crowds probably won’t be allowed to assemble in our grounds for quite a while and that might be our new normal.

“People would love to be able to see a live football match, even if it was behind closed doors, it would be something to look forward to but at the moment we’ve got to look to every eventuality and manage it the best we can.”