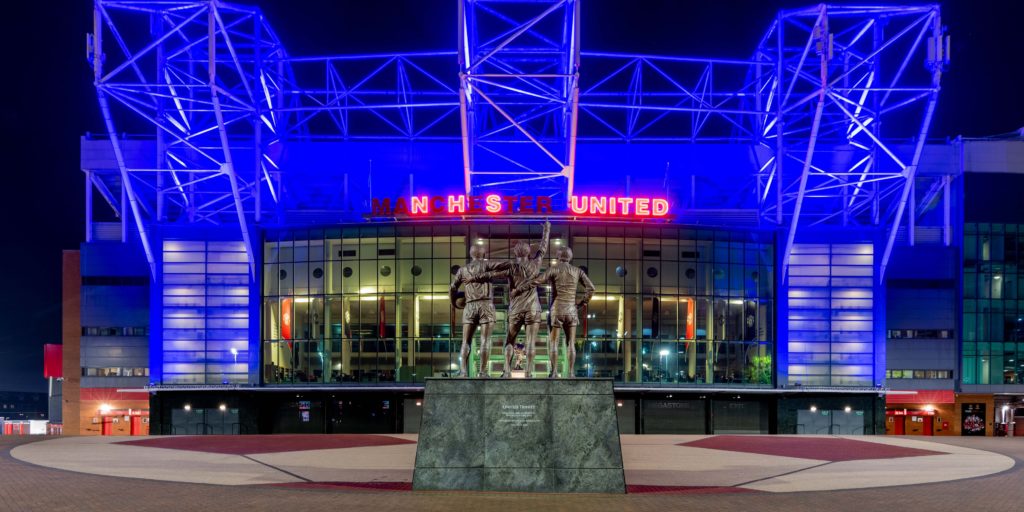 Here, the PA news agency looks at some of the best examples from April 16.

Manchester United lit up Old Trafford in dark blue with the words “NHS United” to show support for staff on the front line in the battle with Covid-19.

Tottenham have already opened its doors to North Middlesex University Hospital to use as an outpatients facility and became the first Premier League club to operate a COVID-19 testing system at their stadium. Now they are teaming up with students of London Academy of Excellence Tottenham, who are based adjacent to their ground, to make personal protective equipment for frontline NHS staff.

Rangers boss Steven Gerrard was showing his son the type of tackles that Liverpool and England fans were used to seeing during his playing days.

Liverpool and England defender Trent Alexander-Arnold was doing what he does best in his garden.

Kevin Pietersen, another former batsman who knows a thing or two about questionable haircuts, went for a cycle.

Justin Rose sent a message of congratulations to captain Tom Moore, the 99-year-old who has raised millions for the NHS by walking 100 laps of his garden ahead of his 100th birthday. Moore completed the challenge on Thursday morning and Rose hailed him as “an inspiration to us all”.

PGA Tour player Collin Morikawa revealed that the highlight of his time away from the course has been fostering dogs.

Anthony Joshua followed Rose in sending his congratulations to Moore.

Andy Murray received a new practice wall, which saw him open up a debate on popular Netflix documentary Tiger King.