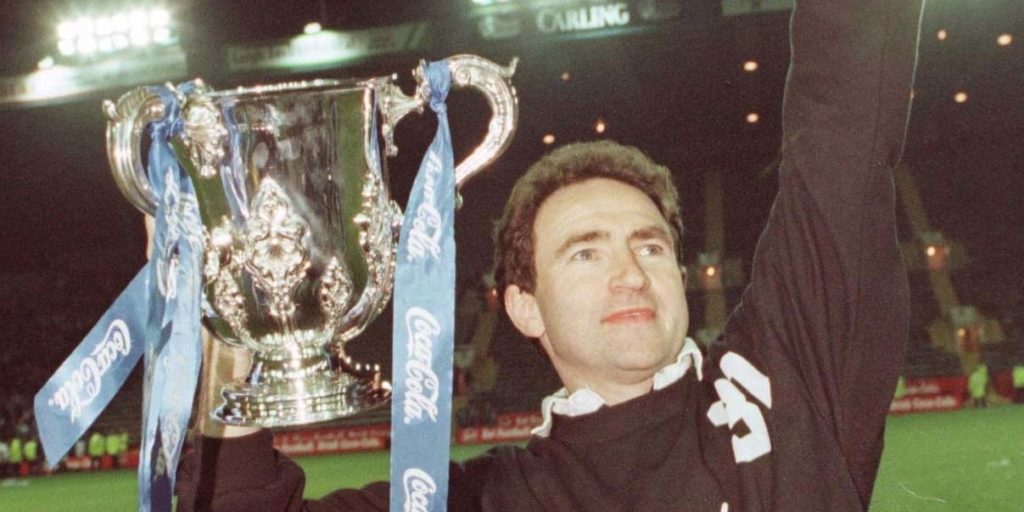 Leicester manager Martin O’Neill holds up the Coca-Cola Cup after beating Middlesbrough 1-0 after extra time in the Final replay at Hillsborough in April 1997.

Victory saw Leicester end a 33-year wait for a major trophy as they won the first of two League Cups under O’Neill, who guided them to success again three years later having been runners-up in 1999.

The contest had shifted to Sheffield after the two sides drew 1-1 at Wembley on April 6, with Emile Heskey bagging a 118th minute equaliser for Leicester after Fabrizio Ravanelli opened the scoring five minutes into extra time.

The replay would stretch to 120 minutes as well, finally settled when Steve Claridge scored the only goal in the 100th minute, volleying beyond Ben Roberts following a free-kick.

Boro, having been two minutes away from victory, saw their own wait for a major trophy hit 121 years, but they would get their hands on the League Cup eight years later, beating Bolton 2-1 in the final in Cardiff.

The two League Cups Leicester won were tangible rewards during a period when O’Neill secured their promotion to the top flight and guided them to four successive top-10 finishes.