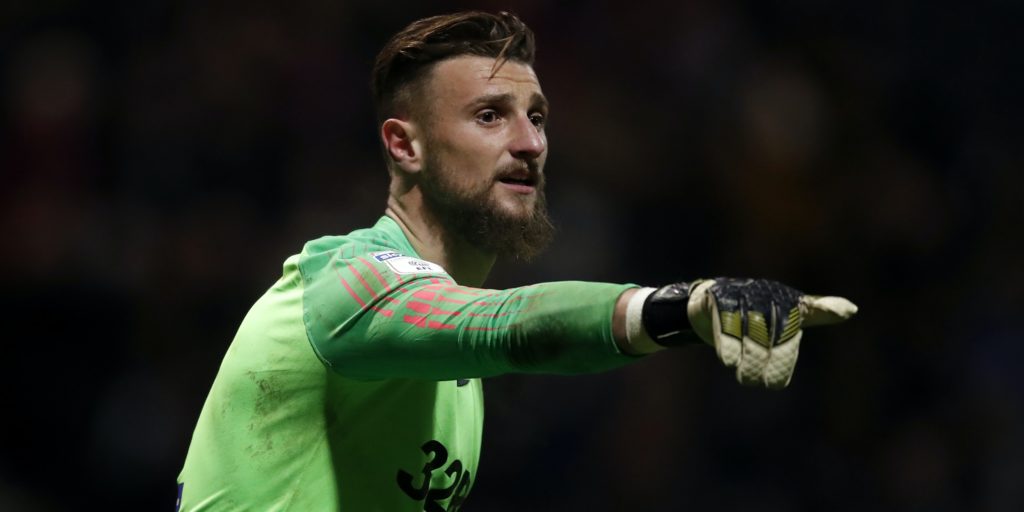 Boss Alex Neil was delighted to get the 29-year-old tied down to a new deal.

Preston manager Alex Neil is confident the club will see the best of Declan Rudd in the coming years after the goalkeeper agreed a new deal until 2023.

Rudd, who joined Preston from Norwich in 2017 after two previous loan spells at Deepdale, has established himself as number one at the club.

And Neil believes the 29-year-old is now approaching his peak years.

“Declan, over these next few years, we should really see the best of him,” Neil told the Preston club website.

“Peak years are something you look at very differently for goalkeepers than you do to outfield players.

“As they get older, they tend to get better, because it is all about decision making and repeating actions that you do game after game and the physical aspect of being an outfield player, doesn’t really come into the equation for a goalkeeper.”

Rudd has made 158 appearances since making the permanent switch to Deepdale and has been an ever-present in the current Sky Bet Championship campaign, which was suspended due to the coronavirus pandemic with Preston in the play-off places.

Neil is delighted to have tied the goalkeeper down and says it has been easier to negotiate with the season on hold.

“This enforced break has allowed us to focus on trying to tie down some of our players,” Neil added.

“We have been wanting to try and get a few lads tied down, but when you are in the midst of being in the play-offs – which we have been for the majority of the season – and competing, that negotiation becomes a distraction for a lot of players and a lot of them want to put it off until there is a break or it is the end of the season.”