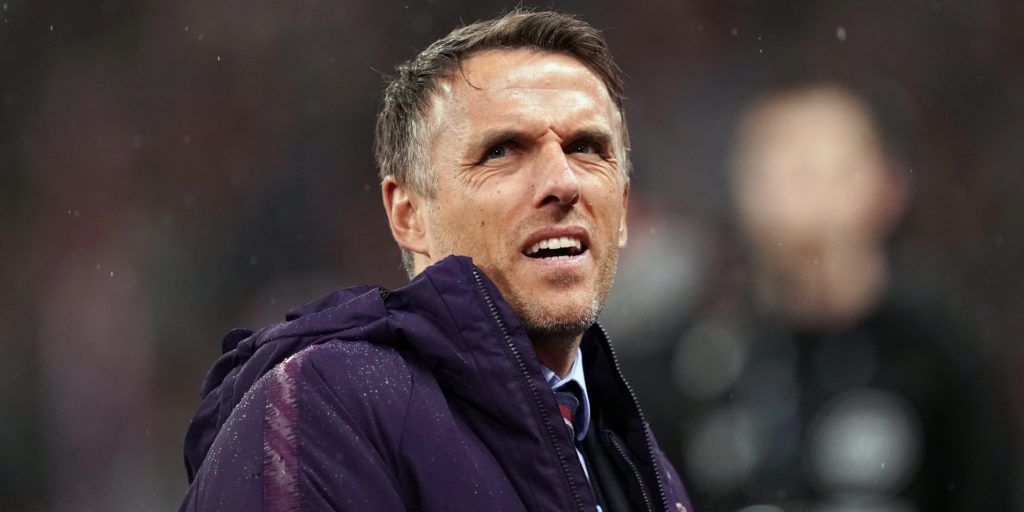 The Women’s European Championship is set to be rescheduled to 2022 on Thursday and Neville’s contract is up next summer.

Phil Neville’s future as England Women’s boss is up in the air as UEFA prepare to announce a delay to the European Championship until 2022.

The former Manchester United and Everton defender succeeded Mark Sampson as manager of the Lionesses in January 2018, signing a contract until 2021.

Neville led England to SheBelieves Cup glory in 2019 and fourth place at that year’s World Cup but talk over his future has ratcheted up in recent months.

The 43-year-old had been set to lead Team GB into this summer’s Olympic Games, before taking control of England at the Women’s European Championship finals to be held on home soil in 2021.

The PA news agency understands that the Euros are set to be rearranged to July 2022 by UEFA’s executive committee on Thursday due to the coronavirus pandemic – a year after Neville’s deal expires with the Football Association.

Neville will reportedly not be signing a contract extension to stay at the England helm, with an update expected following UEFA’s announcement. It is unclear whether he would coach the women’s Team GB side in Tokyo.

Following this year’s SheBelieves Cup, Neville said he would walk away if his motivation waned, and said: “We need to take a step back now and start building the foundations again – getting back to the brilliant basics.”

The Lionesses have lost seven of their last 11 matches in all competitions.