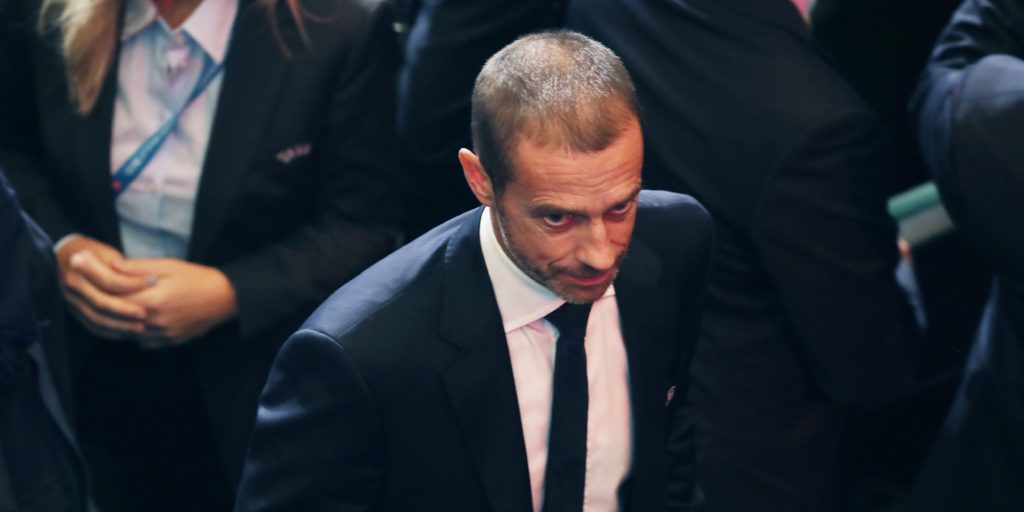 UEFA has said it will consider “special cases” where competitions have to be cancelled.

UEFA’s executive committee is expected to set out on Thursday how teams might qualify for next season’s European competitions if domestic leagues and cups are cancelled due to the coronavirus pandemic.

European football’s governing body had said earlier this month that clubs’ places in the Champions League and Europa League could be jeopardised if competitions were ended prematurely, but softened its stance after a national associations meeting earlier this week.

It is still UEFA’s “strong recommendation” that national associations do everything possible to finish the 2019-20 season, but now says it will consider “special cases” and its executive committee is poised to set out the protocols for how teams may qualify.

They may opt to adopt a points-per-game approach to decide who should qualify from cancelled league competitions, while national associations may be able to submit their own suggestions to UEFA for deciding entrants from cup competitions.

Once the guidelines are set, it may prompt the Scottish Professional Football League to consult with Premiership clubs over ending the campaign. The lower divisions in Scotland have already curtailed their seasons.

Scotland’s First Minister Nicola Sturgeon has sounded a very cautious note on the subject of sport returning any time soon, even behind closed doors.

Belgium is close to confirming the cancellation of the Pro League season, while the decision of the Dutch Government to extend a ban on major events taking place until September 1 looks set to mean the Eredivisie will also be forced to end its campaign.

A fixtures working group is still looking at calendar options, and is committed to outlining its plans no later than mid-May.

The hope is to complete domestic leagues and cups in June and July, leaving August clear to finish off the 2019-20 Champions League and Europa League.

On the international front, the executive committee is set to officially confirm the dates for the Women’s European Championship.

The PA news agency understands the event has been moved to July 2022, from its original slot in the summer of 2021.

The rescheduling was required following the decision to move the men’s Euro 2020 tournament back to the summer of 2021, and similarly it is expected that the men’s 2021 European Under-21 Championship will be moved back a year.

The age limit could be increased on a one-off basis, to allow those players who helped their teams qualify for the finals in Hungary and Slovenia to play in the tournament.

It is expected that consideration will also be given to the scheduling of the 2020-21 Nations League. The group phase was due to be played between September and November of this year, with the finals taking place in June 2021.

The fixture chaos created by the pandemic now means Euro 2020 play-off matches will need to be played in the autumn, or failing that early next year.

Any decisions UEFA reaches regarding these dates must be in alignment with the international match calendar, which is the responsibility of world governing body FIFA.