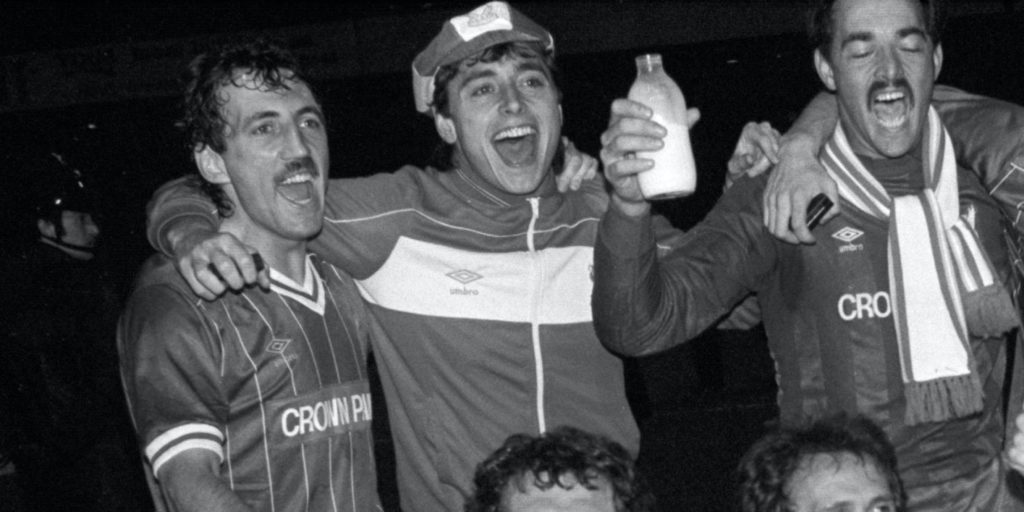 Graeme Souness paid a poignant tribute to “close pal” Michael Robinson, the former Liverpool and Republic of Ireland striker who has died aged 61.

Robinson revealed in December 2018 that he had been diagnosed with a malignant melanoma and a tweet from his verified Twitter account on Tuesday morning confirmed his death.

“With tremendous sadness we tell you about Michael’s passing,” the tweet said. “It leaves us with a great emptiness, but also countless memories, filled with the same love that you have shown for him.

“We will be eternally grateful to you for making this man SO HAPPY, he never walked alone. Thank you.”

After earlier stints with Preston, Manchester City and Brighton, Robinson moved to Merseyside and helped Liverpool to glory in the European Cup, First Division and League Cup in 1983/84, his only season with the Reds.

Despite moving on to QPR and then Osasuna, remaining in Spain at the end of his playing career and going on to forge himself as a formidable broadcaster, he clearly left a massive impression at Liverpool and on Souness.

In a touching interview on the Football Show on Sky Sports, the Scot said: “He was a close pal of mine and I’m absolutely sick for his family. It’s a sad day for me.

“My friendship started with him when he first joined Liverpool, we used to go to the Top Hat on a Thursday night for dinner, his wife and my wife as well, then obviously we became great pals at Liverpool.

“He wasn’t a superstar but he more than helped us in that year we managed to do the Treble, he played a big part in that, and he was good round the place, he was very popular.

“I’ve got so many fond memories of being in his company. If you were going for a night out, Michael would be the first one you’d invite, a real charming man, bon viveur and he could tell great stories.”

Souness recalled one tale from Robinson, who scored four goals in 24 appearances for the Republic of Ireland, that demonstrated how highly he was regarded in Spain.

Souness added: “I can remember him phoning me up once, he’d been out to lunch with Seve Ballesteros and he was walking down the street in Madrid, half a dozen asked him for an autograph and only one asked Seve.

“He was rejoicing in that.”

A number of Robinson’s former clubs took to Twitter to express their condolences, with Liverpool writing: “We’re deeply saddened by the passing of former player Michael Robinson, aged 61.

“The thoughts of everybody at Liverpool Football Club are with Michael’s family and friends at this sad time.”Rest in peace, Michael.”

The Football Association of Ireland tweeted: “The FAI is saddened to learn of the death of former Ireland international Michael Robinson. Michael played 24 games at senior level, scoring four goals during the 1980s. May he rest in peace.”

Another of his former clubs, Manchester City, tweeted: “We are deeply saddened to learn of the passing of Michael Robinson. “Everyone at Manchester City sends their love and thoughts to Michael’s family and friends at this extremely difficult time.”

The Royal Spanish Football Federation said in a statement: “The RFEF wishes to join the pain of the football world over the death of Michael Robinson. All of us who form this institution wish to express our condolences to their family and friends. Rest in peace.”

Spanish giants Barcelona said: “We at FC Barcelona wish to express our deepest condolences for the passing of Michael Robinson, a person who loved football and who knew how to explain it with knowledge and ingenuity.

“He was the winner of the 2018 Vazquez Montalban International Journalism Award. Rest In Peace.”

Garcia wrote: “R.I.P Michael Robinson. The Liverpool legend that got in all the Spanish homes with his fantastic commentaries every Weekend !! #YNWA.”