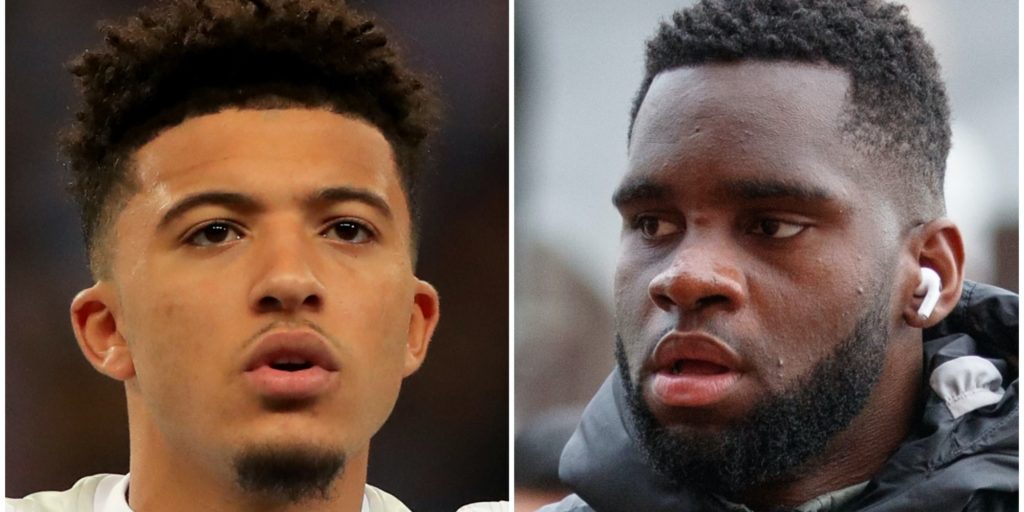 One Premier League club are prepared to offer Jadon Sancho more than money to come back to England.

Manchester United have promised Jadon Sancho the team’s celebrated number seven jersey if he leaves Borussia Dortmund for Old Trafford, reports the Daily Mirror. The 20-year-old is one of the most impressive talents in Europe, with United manager Ole Gunnar Solskjaer making it clear he wants the England winger as part of his rebuild in the north-west. United have offered Sancho the number worn by club greats Cristiano Ronaldo, David Beckham and Eric Cantona, as they are likely to be unable to meet the GBP 100-million transfer fee Dortmund are hoping to get for the Manchester City academy product.

Arsenal need a replacement for Pierre-Emerick Aubameyang if the Gabon captain leaves in the summer, with the north Londoners considering Celtic’s Odsonne Edouard. The Daily Express reports the Gunners have been told it will cost them more than GBP 25million for the 22-year-old, who joined the Hoops in 2018 from Paris Saint-Germain. It is not known if Arsenal manager Mikel Arteta will be able to afford the forward, who has scored 28 goals in 45 appearances this season.

Staying with the Gunners and the club has reportedly been in contact with Real Madrid over a possible transfer. The Daily Star, which cites Spain’s ABC, says left-back Sergio Reguilon has been mentioned as offering Arteta some defensive resolve. The 23-year-old, who is currently on loan at Sevilla, could be considered as a replacement if Bukayo Saka, 18, leaves for Dortmund.

The Daily Mail reports Dries Mertens is interested in a move to Chelsea. The paper says that Blues manager Frank Lampard missed out on the Napoli forward in January but Mertens will become available again when he is out of contract in the summer. Despite the fact that he turns 33 next week, the Belgian is wanted at Stamford Bridge due to his versatility across the front line.

Tanguy Ndombele: Sky Sports report Barcelona are monitoring the France midfielder, 23, as he considers his future at Tottenham.