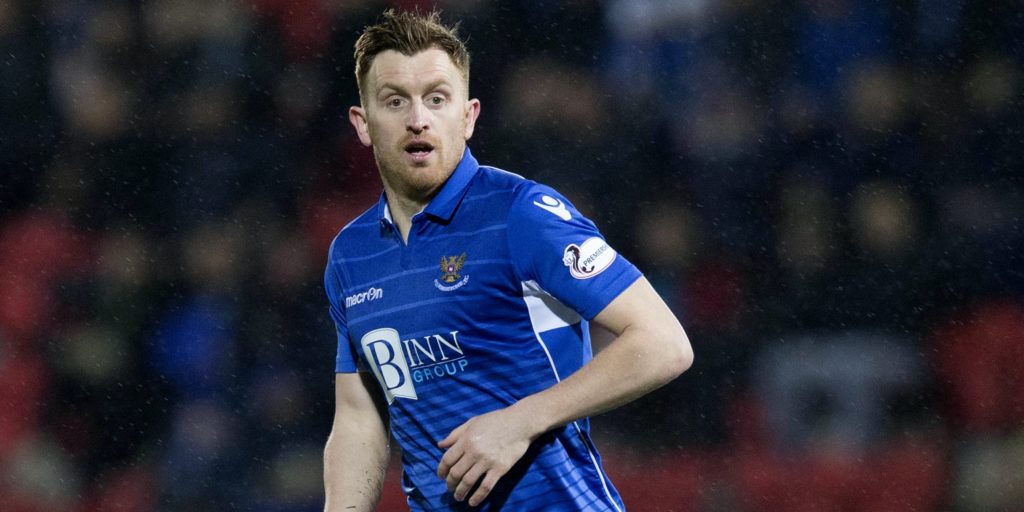 The 33-year-old is the PFA Scotland chairman.

Liam Craig’s PFA Scotland role has been a welcome distraction during the Covid-19 crisis but the St Johnstone midfielder admits his own uncertain situation is a concern.

Like possibly most of the union members, the PFA Scotland chairman is out of contract in the summer.

With the suspension of football looking likely to continue for some months in Scotland, players could be out of work for a considerable time as clubs battle for survival in the absence of gate receipts.

“It’s tough,” Craig said. “A lot of players are out of contract and this season is like no other.

“I’m 33 so clubs are not going to be chasing me any time soon to sign. But you just have to stay positive. The PFA stuff has kept me busy and I’ve not really focused on anything else.

“Me and the captain Jason Kerr have regular conversations with the head of operations there and me and the manager speak a couple of times a week. The club have been brilliant in terms of dealing with the players, so that’s given me a bit of breathing space moving forward.

“I’ve got a great relationship with St Johnstone and I want to stay there as long as I can.

“But I realise the severity of the situation and things that were on the table one or two months ago might not be now. You’re hoping that will still be on the table but until that’s signed, players are genuinely worried moving forward.”

The former Falkirk and Hibernian player added: “You may see more and more players looking for jobs outside of football.

“Going back to the PFA, when we were doing the club visits we made sure the players were aware of the benefits and educational side PFA Scotland can offer.

“Over the last couple of months Chris Higgins, our education officer, has been brilliant in terms of the number of players he’s spoken to letting them know there’s other careers there for them, to think about whether you sign a contract.

“You should always be looking to do something outwith football, so you’ve got something to fall back on.”

The union this week published results of a survey of members which showed a desire for league reconstruction and Craig hopes players get more input into the major decisions ahead.

“We have probably not been involved enough in the whole process over the last six or seven weeks,” he said.

“Every decision that gets made at the SPFL and SFA affects the players in one way or another, not only with reconstruction.

“If clubs are going to move up to higher divisions, and they are going to change their squad, financially it could have a hit on them. That will affect players’ contracts, maybe the length of contracts as well.

“I think people have forgotten about the players in the midst of this. It is our livelihoods and our jobs are at risk.”