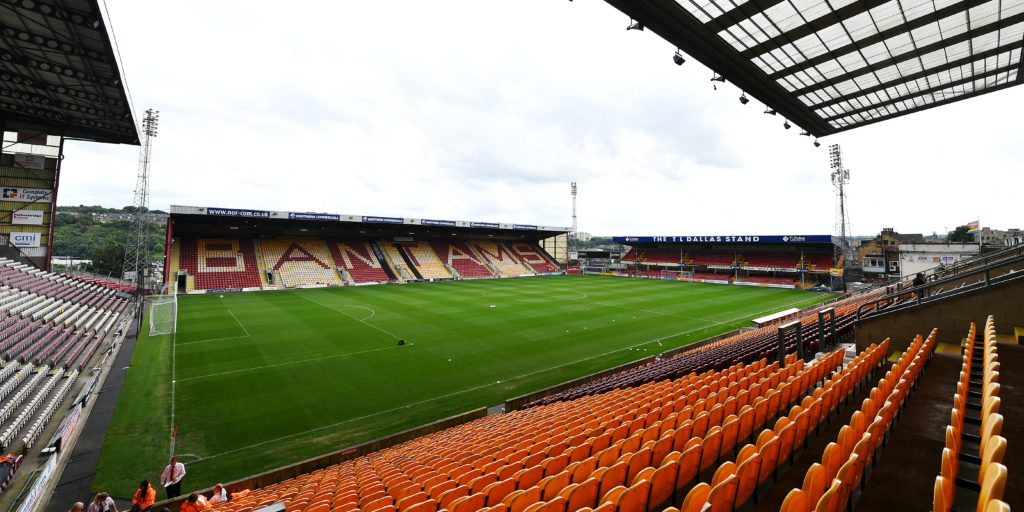 League Two clubs met for a conference call on Thursday and the EFL told them to prepare not to have fans in their stadium for the rest of the year.

Bradford have been told of the growing likelihood that supporters will not be able to attend their games until 2021, the League Two club have revealed.

The English Football League is in discussions over how to end the current season, which has been curtailed by the coronavirus pandemic, but it is widely accepted that all games will be played behind closed doors if and when the action can resume.

League Two clubs met for a conference call on Thursday where certain proposals were discussed and the Bantams have revealed the EFL told them to prepare not to have fans in their stadium for the rest of the year.

“City officials have recently been informed of the ever-growing possibility of supporters being unable to attend matches until 2021,” a club statement read.

“And it is now highly likely that next season will commence behind closed doors.

“This comes following a meeting yesterday held between the EFL and the Bantams’ Sky Bet League Two colleagues.”

As a result, City have suspended season-ticket sales for next season.

“The decision has been taken as the club continues to await further information regarding a conclusion to the current campaign, with the start date for next season yet to be confirmed,” the statement added.

“The club will endeavour to ensure those who have already purchased season tickets for the coming campaign will be able to view matches – FREE of charge – from home via iFollow.

“If this is not preferred then refunds will become available at a later date.

“The club will move to update supporters on this matter as soon as possible, with talks to continue over the coming weeks between the relevant governing bodies.”

Leyton Orient chief executive Danny Macklin believes income from streaming games could save some EFL clubs if the supporter shutout does last the rest of the year.

Clubs currently get 80 per cent of subscriptions to the EFL’s iFollow platform and numbers would likely go through the roof if all games are made available to watch.

That would go some way to plugging the large holes left by the loss of matchday income, which Macklin reveals comes in at close to GBP 100,000 per game for Orient.

“It is a sizeable figure that nears six figures when you include season ticket money pro rata,” he told the PA news agency.

“We are doing a number of things to plug those gaps. Clearly if we do go behind closed doors streaming will become the most important product that we have ever had.

“It will become absolutely vital that we as a club individually, and as a league combined, utilise that opportunity because that will potentially be the only way that fans can watch football.”

Macklin, whose club are in mid-table in League Two, has reiterated his stance that it is too early to call the season off but admits D-Day is approaching.

“There will become a stage where a decision does have to be made, but I don’t think we are at that junction yet,” he said.

“Now is all about fact-finding and finding the implications and considerations of returning to training and returning to playing.

“At the moment, that information is being gathered and all we can do is patiently wait on the governance and advice from the Government on that.”