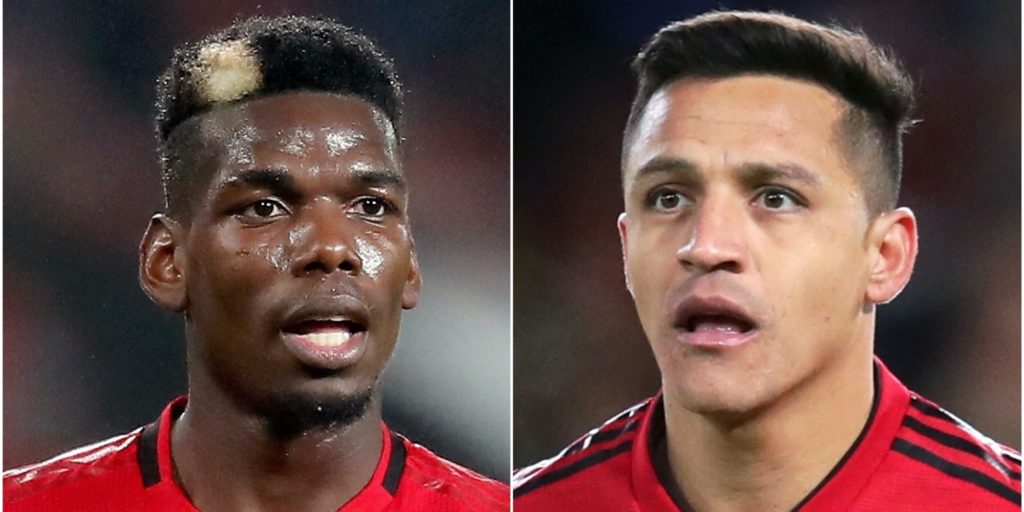 Real Madrid are continuing their interest in signing Paul Pogba after being rebuffed last summer. The LaLiga side are due to table a GBP 70million offer for the 27-year-old who has only made eight appearances for Manchester United this season, reports the Daily Mirror. The paper adds that Juventus and Paris Saint-Germain may also look at making an offer for the midfielder.

Another player heading for the Old Trafford exit door is Alexis Sanchez, reports the Daily Mail. The paper said Sanchez, currently on loan at Inter Milan, wants to finish his career in his native Chile with Universidad a potential destination.

Tanguy Ndombele is keen to remain at Tottenham despite losing his first-team place, reports the Daily Telegraph. Barcelona are said to be keen on the 23-year-old midfielder.

Barcelona will look to clear out a number of their players in the summer, with former Manchester United target Antoine Griezmann among those who could be allowed to depart, alongside Luis Suarez and Ousmane Dembele, says the Daily Mirror.

Arsenal and Chelsea will spar off in the race to sign Orkun Kokcu, reports the Daily Express. Kokcu, 19, broke out into the Feyenoord first team in 2018 and has also appeared for the Turkey under-21 side.

Tiemoue Bakayoko: Sevilla are looking to take on the Chelsea and France midfielder, reports France Football.

Ivan Rakitic: The Barcelona and Croatia midfielder has caught the eye of Tottenham after he has fallen out of favour at the Nou Camp, says Mundo Deportivo.

Ibrahima Konate: Manchester United have made an inquiry about bringing in the RB Leipzig centre-back, according to Le10Sport.