Home News On This Day in 2003: Leeds beat Arsenal to hand Manchester United another title

On This Day in 2003: Leeds beat Arsenal to hand Manchester United another title 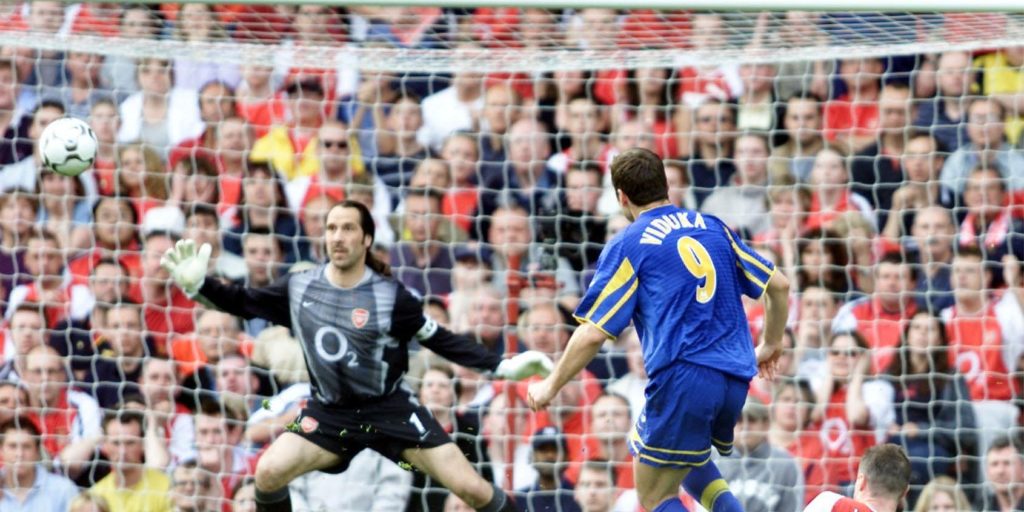 Manchester United were crowned Premiership champions on May 4, 2003 after nearest challengers Arsenal lost 3-2 at home to Leeds.

It was an eighth title in 11 years for Sir Alex Ferguson and his squad.

Here, the PA news agency looks back at the finale to the 2003 title race.

Fergie’s men were eight points behind champions Arsenal at one stage but bounced back from consecutive defeats against Blackburn and Middlesbrough either side of Christmas Day to remain unbeaten in the league for the remainder of the campaign.

Arsene Wenger’s side were unbeaten in the league until mid-October when a 16-year-old called Wayne Rooney netted his first league goal in the last minute at Goodison Park to hand Everton victory. Arsenal paid the price for injuries to the likes of Sol Campbell and Patrick Vieira as they fell behind. They had been two ahead at Bolton the previous weekend but saw three players go off injured and only managed a point. Pascal Cygan, Freddie Ljungberg and Lauren all suffered injuries against Sam Allardyce’s side to join Campbell, Vieira, Edu and Francis Jeffers on the sidelines ahead of the visit of Leeds.

A Ruud Van Nistelrooy hat-trick and a David Beckham strike earned United a 4-1 win over Charlton the day before Arsenal welcomed Leeds to Highbury. The victory sent United eight points clear with a trip to Goodison to complete the campaign but Arsenal now had two games in hand. Arsenal twice fought back at Highbury thanks to equalisers from Thierry Henry and Dennis Bergkamp but Mark Viduka sealed an away win in the closing stages.

The Arsenal boss maintained his side were “certainly the best team in England” after the defeat. “We have the feeling that in recent weeks things went against us with injuries and suspensions especially,” the Frenchman added. “That can happen to anybody but I still believe we are the best team. I still think we could play the Brazilian national team.” Ferguson vindicated his decision to reverse his retirement during the previous season. The Scot did not watch the game because he was at his grandson’s birthday party but celebrated afterwards. “We were up against a terrific side but we showed perseverance, determination and a great ability never to give up,” he said. “We had to overcome injuries early in the season but we had to bite the bullet and take the poison.”

The result was just as important for Leeds as the victory all but secured their Premier League survival. Peter Reid had been brought in as caretaker boss after the departure of Terry Venables with the Yorkshire club seven points above the relegation zone with eight games left. Five days after the Arsenal victory, Reid was confirmed as the club’s manager, although he was sacked six months later.

Arsenal gained some comfort by beating Southampton 1-0 in the FA Cup final and they regained their title in style the following year as they went the whole league campaign unbeaten. Ferguson targeted the Champions League but his side lost to Jose Mourinho’s Porto before United clinched the FA Cup.