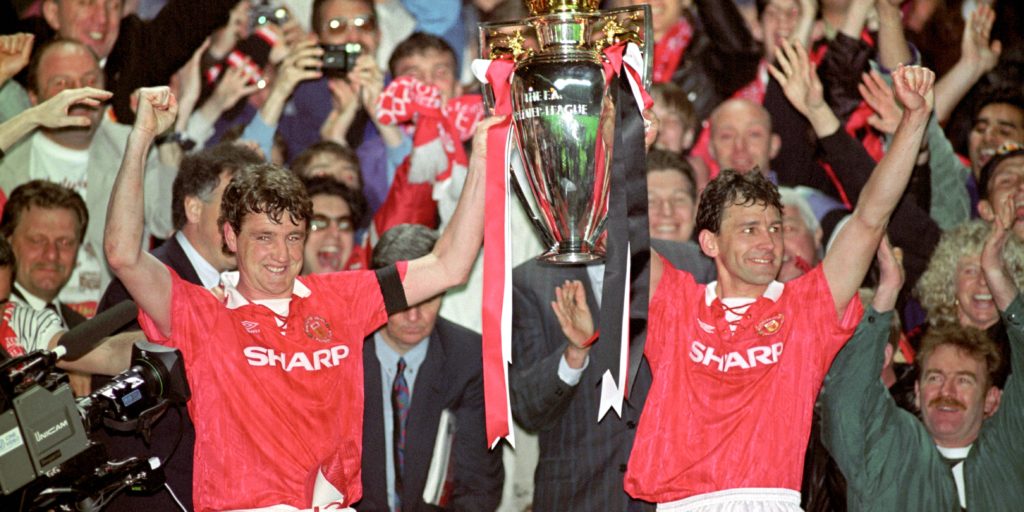 Steve Bruce skippered Manchester United with real assurance as they established themselves as the team of the nineties.

Signed from Norwich in 1987, the GBP 825,000 fee proved excellent value for money given the performances, heart and leadership displayed during a trophy-laden stint.

Bruce was at the heart of United defence alongside Gary Pallister for three Premier League-winning campaigns, with the Geordie centre-back captaining the side to two of those crowns.

With Bryan Robson injured for much of the 1992-93 campaign, the defender wore the armband for much of a season that saw the Old Trafford giants win their first league title in 26 years.

Bruce captained the side the following season with Robson again absent for much of it, becoming the first English player in the 20th century to captain a team to the double.

That FA Cup was among three won by United during his stint at the club, along with the Cup Winners’ Cup, European Super Cup and League Cup.

Bruce inexplicably never won an England cap and went onto join Birmingham in 1996, before going onto enjoy a successful career in management. He is currently manager of boyhood club Newcastle.