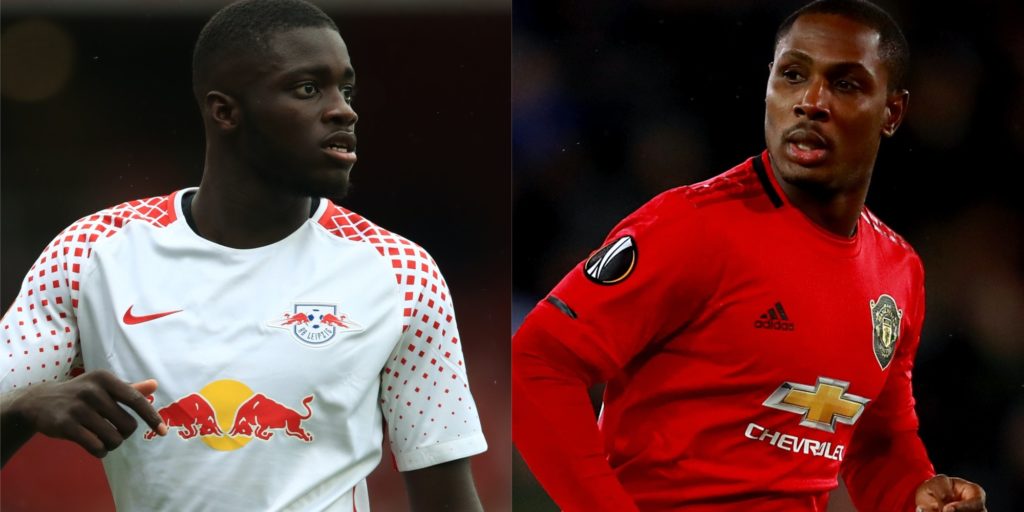 Odion Ighalo remains a hot topic in transfer gossip, as his Chinese club calls for a higher fee.

Manchester United’s hopes of signing Odion Ighalo permanently have been thrown into doubt by his club Shanghai Shenhua’s transfer demands, according to the Daily Mail. United have been keen to make Ighalo’s loan deal full time after it expires on May 31. The 30-year-old striker was valued at GBP 15million when he arrived at Old Trafford in January, but after his four goals in eight games Shanghai are now demanding GBP 20million if United wish to buy him. Sky Sports reports Shanghai have said they want Ighalo back for the July start of the Chinese season.

Arsenal’s plans to snare RB Leipzig defender Dayot Upamecano have been deal a blow after his agent said a big-money move may no longer be possible owing to the effect of the coronavirus on football finances, German outlet Sport 1 reports. The 21-year-old is regarded as one of the finest defenders in the Bundesliga. While Arsenal failed in a GBP 55million bid for the Frenchman last summer, Mikel Arteta has been eager to try again. His agent, however, says he feels transfers involving the sort of fees Upamecano should attract will not happen this summer.

Pierre-Emerick Aubameyang is likely to leave Arsenal for Real Madrid, if an old vow comes to fruition, The Sun reports. The striker says he once promised his late grandfather, who lived just outside Madrid, that he would one day play for Los Blancos. Spanish reports have said Zinedine Zidane is eager to sign the 30-year-old, with GBP 30million likely to prise him away from the Emirates Stadium.

Chelsea 16-year-old Charlie Webster could be on his way to Borussia Dortmund, according to The Sun. The midfielder has been capped for England at under-age level, and Dortmund are hoping to pick him up. The Bundesliga heavyweights are said to feel Webster could be their next Jadon Sancho, who they signed from Manchester City as a teenager in 2017.

Arsenal, and their north London rivals Tottenham, are set to battle over the signature of Willian, football.london reports. The Brazilian midfielder’s contract talks with Chelsea are said to have hit a dead end. The 31-year-old is set to leave on a free transfer at the end of the season, and wants to stay in London.

Gerson: The 22-year-old Brazilian midfielder is a target for Arsenal, ESPN says, quoting his father.

Moussa Dembele: The 23-year-old French striker could be lured from Lyon by Chelsea, the Daily Star reports.

Dries Mertens: The 33-year-old Belgium and Napoli forward is also on Chelsea’s radar, according to the Daily Express.