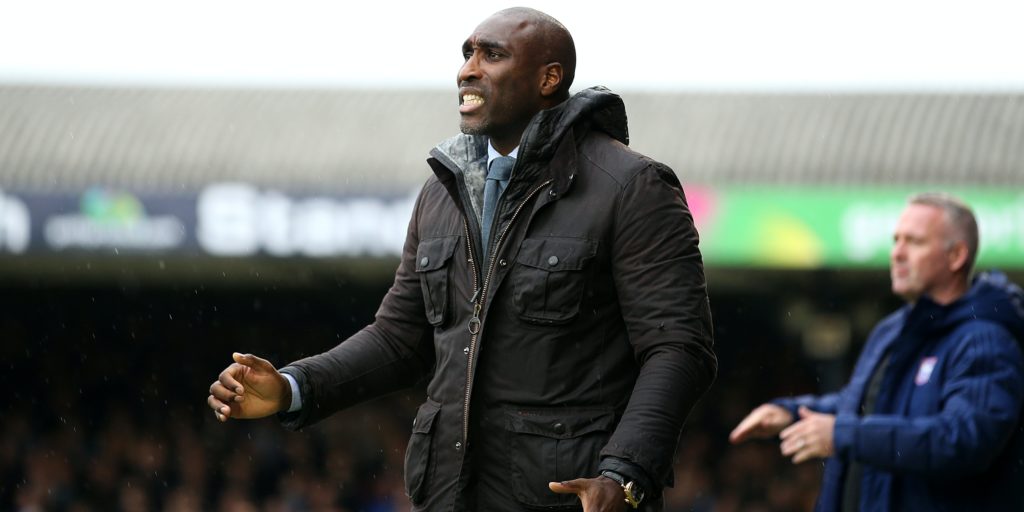 Just over five per cent of managers in the Premier League and the EFL are from a BAME background.

Aspiring managers from ethnic minority backgrounds must continue to be given the opportunity to be interviewed for vacancies, rather than “the same people having the same opportunities time and time again”.

Former Watford striker Marvin Sordell made the call for English football’s version of the Rooney Rule – whereby at least one BAME (black, Asian or minority ethnic) candidate is interviewed for every managerial position – to always be in the mind of bosses in the professional game.

Only five of the 91 managers at Premier League and English Football League level would be considered to be from a BAME background, despite the percentage being far higher among players.

Sordell, who last week joined the Football Association’s inclusion advisory board (IAB), insists it is vital there is a pathway to follow to avoid football management becoming a closed shop.

“You see a lot of the same managers getting appointed, it’s a generation and a collection of these managers that are put into these jobs that come into circulation,” he told the PA news agency.

“I want to use my voice for good, and to give widespread opportunities, not just to the same people that have the same opportunities time and time again.”

The IAB sets out in its ‘In Pursuit of Progress’ mission statement that it “will mandate all partners to include suitably-qualified diverse candidates on shortlists”.

The EFL adopted the Rooney Rule into its regulations for the 2019-20 season following an 18-month pilot scheme. Clubs are obliged to report to the league after a recruitment process about whether they followed the regulations.

Championship side Luton were the most recent EFL club to part ways with a manager after Graeme Jones left by mutual consent last month. The club are yet to respond to a query from the PA news agency over whether they have – or intend to – apply the Rooney Rule in their recruitment process.

“One of the reasons people are pushing for the Rooney Rule is just to get an opportunity,” Sordell added.

“No one is asking for handouts, no one would want to be given an opportunity they don’t deserve, but sometimes the best person for the job doesn’t necessarily have the opportunity to be in the room to represent themselves.

“That for me is why the Rooney Rule is important – it gives people the opportunity to at least get into the room to have the conversation.”

The Premier League is not understood to be currently considering the introduction of the Rooney Rule in its competition. The league’s focus is to work on measures which will increase the supply of well-qualified coaches from different backgrounds.