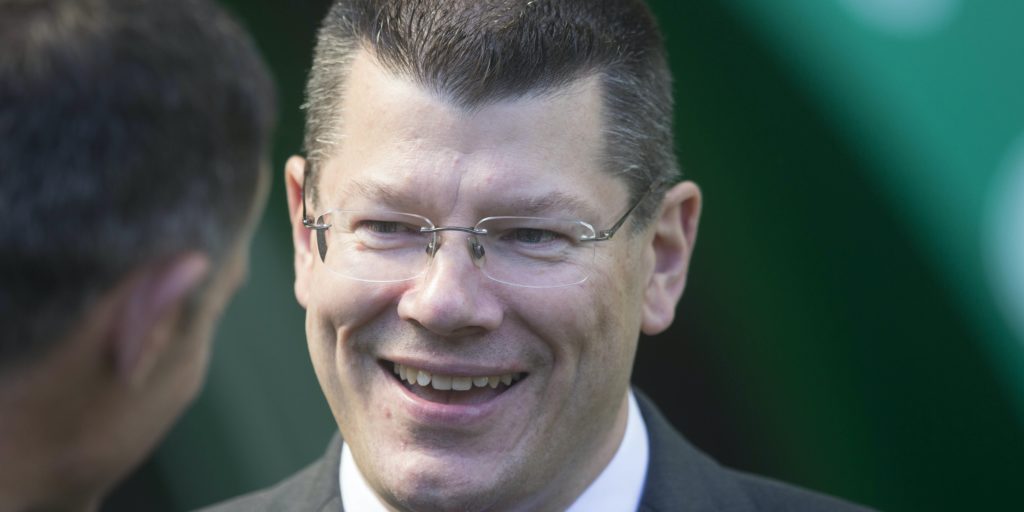 Rangers failed to force a probe into the vote which ended the lower-league campaign.

Scottish Professional Football League chief executive Neil Doncaster claims the rejection of calls for an independent investigation can be a springboard for unified attempts to “save the game” and get next season started in July.

Rangers failed to force a probe into the vote which ended the lower-league campaign, and will more than likely end the Premiership season, after 27 clubs voted against their resolution. They secured the support of 13 clubs with two abstaining.

Rangers say the result should not be seen as an endorsement of the SPFL executive but Doncaster will now press ahead with talks with the Scottish Football Association and Scottish Government in a bid to get next season started as soon as possible.

Doncaster told the PA news agency: “It’s a very clear outcome and I think it’s incumbent on all of us to use what is a resounding result as a springboard for both reconciliation and working together for the good of the game and to allow the game to survive.

“Ultimately we have a duty to try and save the game and we can do that much better if we are united and focused on that objective.

“We are a membership organisation and we have a duty to do what the members want. They have been very clear – about two-thirds of clubs rejected calls for an investigation and I believe want us to focus on the future, working hard to save the game and enable them to survive this crisis. And that’s what we will do.”

All football in Scotland, including training sessions, is suspended until June 10 at the earliest and SPFL board member Les Gray and SFA medical consultant John MacLean both recently claimed that September/October was the likeliest return date. But with new broadcast deals due to start, Doncaster is making all attempts to get action under way as initially planned.

“We have the Betfred Cup group stages, which are scheduled for mid-July,” he said. “We have an exclusive partnership with Premier Sports. And we’ve got the new five-year deal with Sky Sports, which is due to kick off in the first weekend of August. Those are the timescales we are working to.

“We have enjoyed the interaction we have had with (Scotland’s national clinical director) Jason Leitch and we are looking forward to further engagement coming up for a way in which we can get the game to return as soon as is safely possible.”

Those aims are ambitious and the Scottish game faces a major challenge given the league is more reliant on gate money than most others in Europe.

“We all understand how vitally important it is that we have fans in stadia, safely, and we look forward to engaging with government to ensure that the game can return as soon as is safely possible,” Doncaster said.

“I think we do need to think about all options but it’s well understood that the economics of the Scottish game rely on fans in stadiums, so that has to be our focus.”

However, demands for change are unlikely to go away. As Doncaster spoke, Rangers were finalising a statement which ended with the declaration that “the status quo cannot hold”.

When asked whether it was possible to get a better working relationship with the Ibrox club, Doncaster said: “I think it’s really important that we all reflect on how we can improve relationships between the SPFL and member clubs and between members, and we will certainly be playing our part in ensuring that we do that.

“It’s always important that whatever line of life you are in, that you reflect on things you could have done better and listen to members’ concerns.

“The members made it very clear that they reject the call for the independent investigation and want our focus to be on getting the game returning as soon as possible.

“It’s also important that we listen to those views of the members who voted for the resolution and we will certainly do that.”

Rangers had called for Doncaster to be suspended but the former Norwich chief executive focused on board members when asked whether the result had been a personal relief.

He said: “I’m very pleased for the board members of the SPFL, who have worked very hard for no reward and taken a lot of flak in the process, and have been supported by two-thirds of the membership.”