Home News On This Day in 2006: Liverpool leave it late against West Ham in FA Cup final

On This Day in 2006: Liverpool leave it late against West Ham in FA Cup final 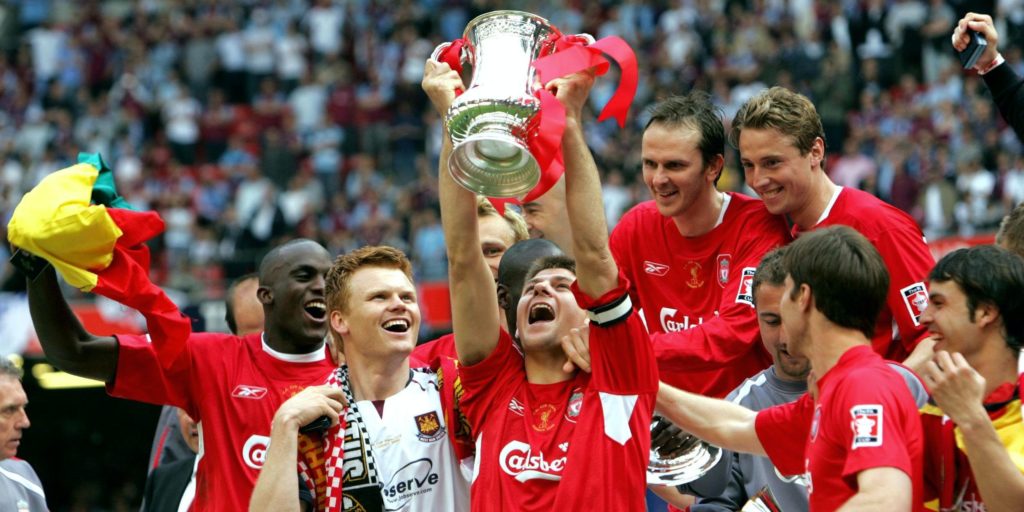 The 2006 FA Cup final was the last to be hosted at the Millennium Stadium.

Liverpool broke West Ham hearts by prevailing 3-1 on penalties to lift the FA Cup after coming from 2-0 and 3-2 down in the 2006 final to draw 3-3 in a gripping 120 minutes of action at the Millennium Stadium.

This fixture was the sixth and last time the Welsh capital hosted the FA Cup final, returning to its home at the newly-rebuilt Wembley the following year, and it will go down as a classic.

Here, the PA news agency takes a look at the match, which took place on this day 14 years ago:

Liverpool’s journey was nearly over before it had begun as they slipped 3-1 behind at Luton in the third round but a brace apiece for Florent Sinama Pongolle and Xabi Alonso avoided an upset. The Reds edged out Portsmouth and great rivals Manchester United before a 7-0 tonking of Birmingham, following it up with a 2-1 win over Chelsea. West Ham overcame Norwich and Blackburn but needed a replay to see off Bolton. Manchester City and Middlesbrough were then dispatched to help the Hammers into the tournament showpiece.

West Ham took a surprise 21st-minute lead when Jamie Carragher unwittingly turned Lionel Scaloni’s cross into his own net, while before the half-hour, Dean Ashton capitalised on Pepe Reina fumbling a shot to score the rebound. Djibril Cisse volleyed in shortly after to halve the deficit before Steven Gerrard drove home in the 54th minute. Reina’s bad day continued when a cross-shot from Paul Konchesky flew over the back-pedalling Spaniard and into the net. However, in the first minute of added-on time, West Ham failed to sufficiently clear their lines and Gerrard rifled the ball beyond a despairing Shaka Hislop.

No additional goals meant the final would be decided on spot-kicks. Reina had endured a poor afternoon but the goalkeeper atoned in spectacular fashion, saving from Bobby Zamora, Konchesky and Anton Ferdinand. While Sami Hyypia saw his effort saved by Hislop, Dietmar Hamann, Gerrard and John Arne Riise all notched for Liverpool, who went first in the shootout. Only veteran England striker Teddy Sheringham scored for the Hammers.