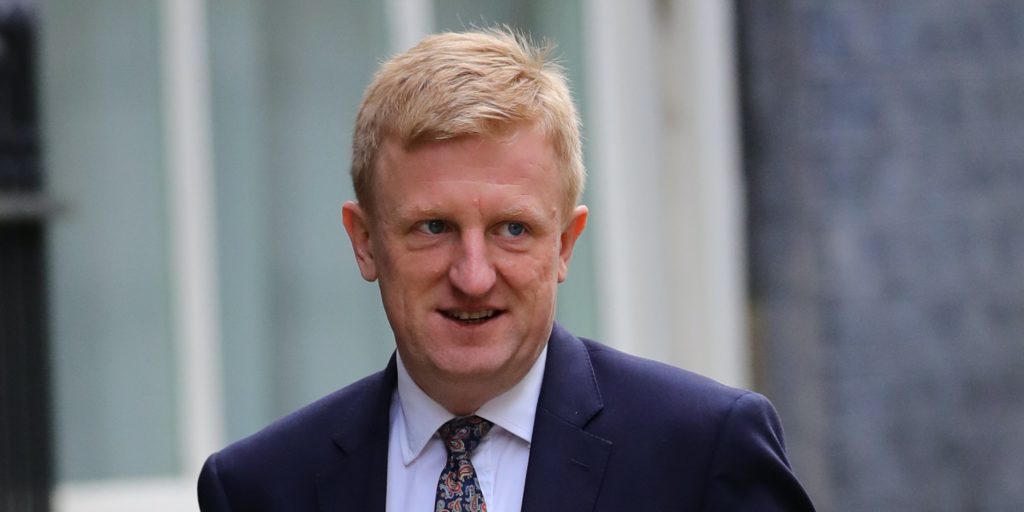 Newcastle are the subject of a £300m Saudi-led takeover bid.

A Conservative MP has accused Culture Secretary Oliver Dowden of “dodging” the issues surrounding the Saudi-led takeover of Newcastle and called on the Government to intervene.

The Premier League club are the subject of a GBP 300million takeover bid, which if successful would result in Saudi Arabia’s public investment fund (PIF) holding an 80 per cent stake.

It would be hugely controversial if the deal is completed given the country’s human rights record and also its alleged links to the beoutQ pirate network, something it has consistently denied.

beoutQ was involved in illegally broadcasting sports events, including Premier League football, via streaming and satellite, before switching off its satellite in August last year. The beoutQ set-top boxes still allow content to be accessed illegally however, via internet protocol television (IPTV) apps.

It is understood the final hurdle for the takeover to clear is the Premier League’s owners and directors’ test, with Dowden having told MPs on the Digital, Culture, Media and Sport committee last month that it was a matter for the league and not the Government to decide if the deal was appropriate.

But Karl McCartney, the Conservative MP for Lincoln, has called on his own Government to step in.

“Saudi Arabia, or its operatives, has for years been undermining British football by operating the now-notorious pirate broadcaster beoutQ,” McCartney, the chair of the all-party Parliamentary Football Club group, wrote in a blog published on Conservative Home on Friday.

“The Saudis are in the enviable position of currently not paying anything to watch world-class football – unlike every other country in the free world.

“Now, if this purchase goes through, not only will they receive their UK football on TV for free, they will also reap the rewards from legitimate rights-payers like Sky, BT and beIN Sports, who all pay huge sums for broadcast rights to UK sport and whose money goes directly to grassroots British sport.

“That, to me – as the chairman of the UKPFC APPG – is mightily important and should not be overlooked.

“All the while, the rule of law – for which this country, our country, prides itself – is ridden over roughshod by the Saudis. It is an outrage.

“Two weeks ago now, my colleague the Secretary of State, Oliver Dowden, refused to be drawn on this issue when he appeared before the Digital, Culture, Media and Sport select committee.

“Understandable, perhaps. No one it seems wants to confront a country which has historically been one of our biggest export markets, and so I have some limited sympathy with him.

“But frankly, the Premier League, Wimbledon, horse racing and Formula One are some of our country’s greatest sporting exports. And football fans across the UK deserve better from their Government than Oliver’s dodging.”

McCartney continued: “Last year the Government said they were committed to tackling what they recognised was an immediate threat, as a matter of urgency, yet very little has happened since.

“The best way to start is to block, at the very least delay, the Saudi purchase of Newcastle – or at least impose some sanctions before allowing it to progress.”

Another Conservative MP, Giles Watling, has called on the DCMS committee – of which he is a member – to hold an oral evidence session into the activities of beoutQ.

The Premier League itself wrote to the US Trade Representative in February asking them to keep Saudi Arabia on a watch list because it said the country “remained a centre for piracy”.

Human rights group Amnesty International has also written to Premier League chief executive Richard Masters warning the competition risked becoming a “patsy” if it did not raise serious questions about the takeover.