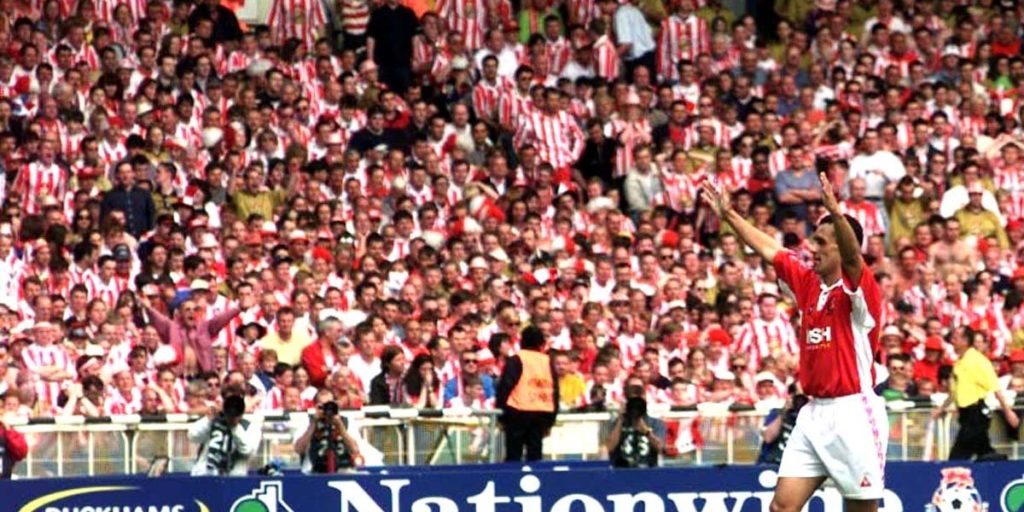 Mendonca’s treble was the last for an English league club at the old Wembley.

Sunderland supporter Clive Mendonca broke the hearts of his fellow Black Cats fans as his play-off final hat-trick helped Charlton to the Premier League in 1998.

Mendonca was born in London but moved to Wearside as a toddler, and put the Addicks in front at Wembley before also drawing them level at 2-2.

The north-east side took the lead for the third time through Nicky Summerbee in the 99th minute, but Mendonca helped the Londoners hit back again and made it 4-4 just before half-time of the additional period.

The match went to penalties, and each side successfully converted their first six spot-kicks, with Mendonca setting the tone by scoring the very first one.

His tame effort was saved by Charlton goalkeeper Sasa Ilic, to seal the club’s place in the top flight.

Mendonca followed up his heroics by also netting a hat-trick in Charlton’s first home game of the new 1998-99 Premier League season, a 5-0 win over Southampton.