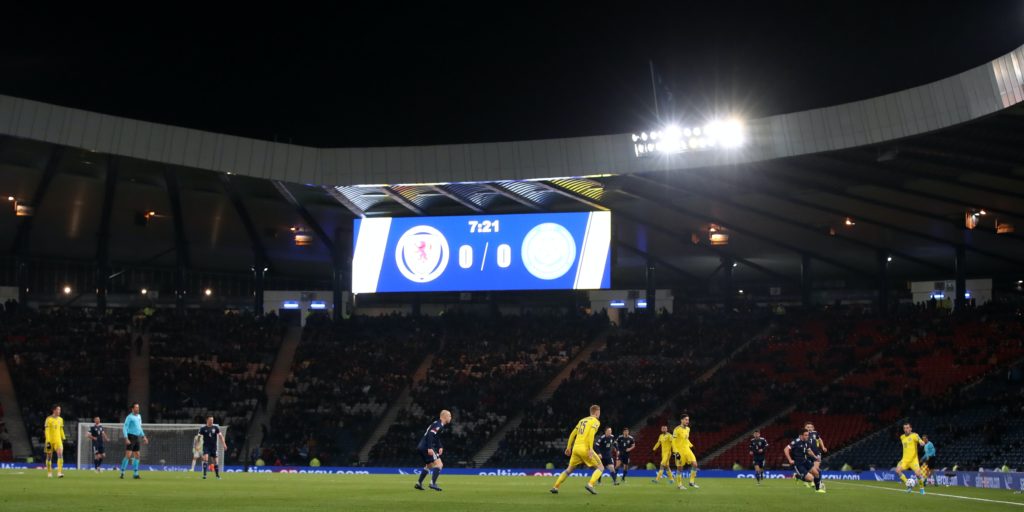 The tournament, postponed until 2021 due to the coronavirus pandemic, will still be known as Euro 2020.

Glasgow will retain its place as a Euro 2020 host city despite the admission by UEFA president Alexander Ceferin that up to three of the 12 confirmed venues could be axed.

Ceferin acknowledged this week that some cities are facing “issues” in regard to getting ready for the event, which will now be staged in 2021 due to the coronavirus pandemic but will still be known as Euro 2020.

Hampden Park is scheduled to host three group games and a last 16 tie, and city officials have moved to quell speculation by confirming their status ahead of an expected formal announcement by UEFA on May 27.

A spokesperson for Local Organising Committee Glasgow said: “The formal confirmation letter was sent on 14 May to the UEFA Euro 2020 Operations Director, Sharon Burkhalter-Lau, together with all the required accompanying documentation.

“This followed extensive discussions with all relevant stakeholders and partners involved in hosting the tournament in Glasgow since the March 17 postponement decision.

“We look forward to Hampden Park, Glasgow and the Scotland as a whole playing a key role as co-hosts of a memorable UEFA EURO 2020 next year.”

Euro 2020 had originally been due to kick off on June 12 and take place across 12 cities – Amsterdam, Baku, Bilbao, Bucharest, Budapest, Copenhagen, Dublin, Glasgow, London, Munich, Rome and St Petersburg.

Although Ceferin did not specify which cities are in danger of being cut, it has previously been reported that Bilbao and Rome are among those to express doubts due to the high personal and financial toll of the coronavirus.